This image shows distinctive differences in the texture of the ground surface in an area of Mars called Gordii Dorsum.

The upper right part of the image contains many subparallel ridges. These ridges are geological features called yardangs (long irregular ridges carved by wind erosion). The lower half of the image is smoother and contains a few small knobs and ridges. This area of Mars contains extensive outcroppings of layered sedimentary rocks that may have formed by the accumulation of sand and dust either blown in by the wind, transported by water, or some combination of processes such as these. 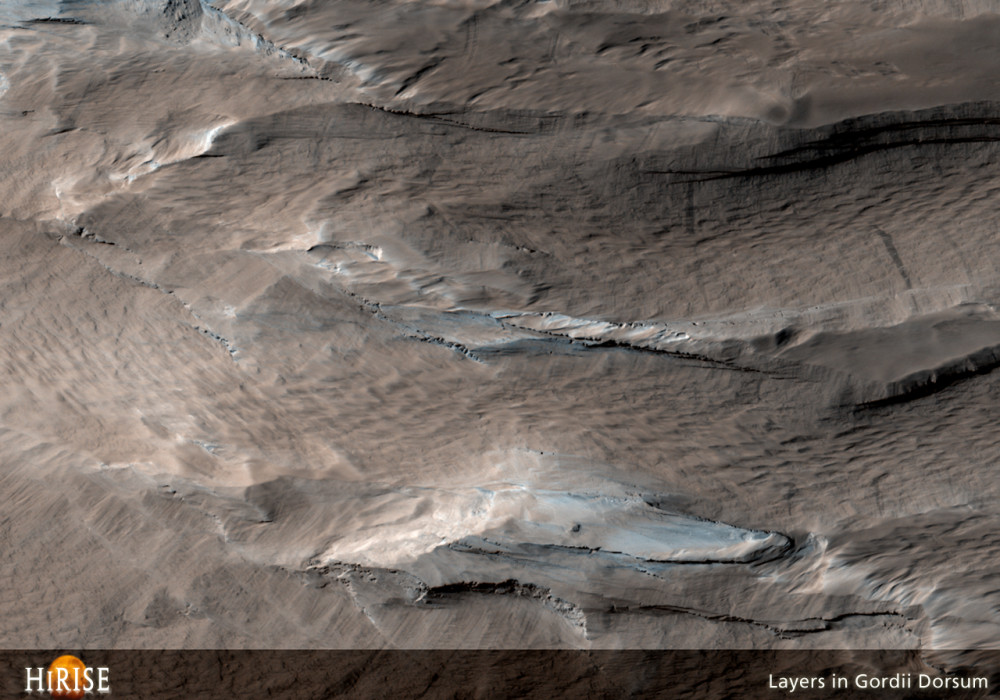