This image shows a sequence of predominantly light-toned, layered, sedimentary rocks exposed by erosion on the floor of Terby Crater. Terby Crater is approximately 165 kilometers (100 miles) in diameter. It’s located on the northern rim of the Hellas impact basin in the southern hemisphere of Mars.

The layered sequence is approximately 2 kilometers (1.2 miles) thick and consists of many repetitive, relatively horizontal beds. The beds appear to be laterally continuous, which means you can identify a given layer in many locations across the area.

Details in the layering seen in this HiRISE image reveal variations in the brightness of the layers and may indicate differing mineralogies. Based on the ease with which wind appears to erode these layers, they are believed to be composed mostly of fine-grained sediments. However, one or more of the beds is weathering to form meter (yard)-scale boulders that have accumulated downslope in fans of debris ( see subimage ). These larger boulders indicate the material in the layers may be stronger than just fine-grained sediments.

It’s not clear how these layers formed, but it may have involved deposition by wind or volcanic activity. Another theory involves all or part of the Hellas Basin being filled with ice-covered lakes at one time in the past. The layers we see may have formed as material that was suspended in the water dropped down to the bottom of the lake. 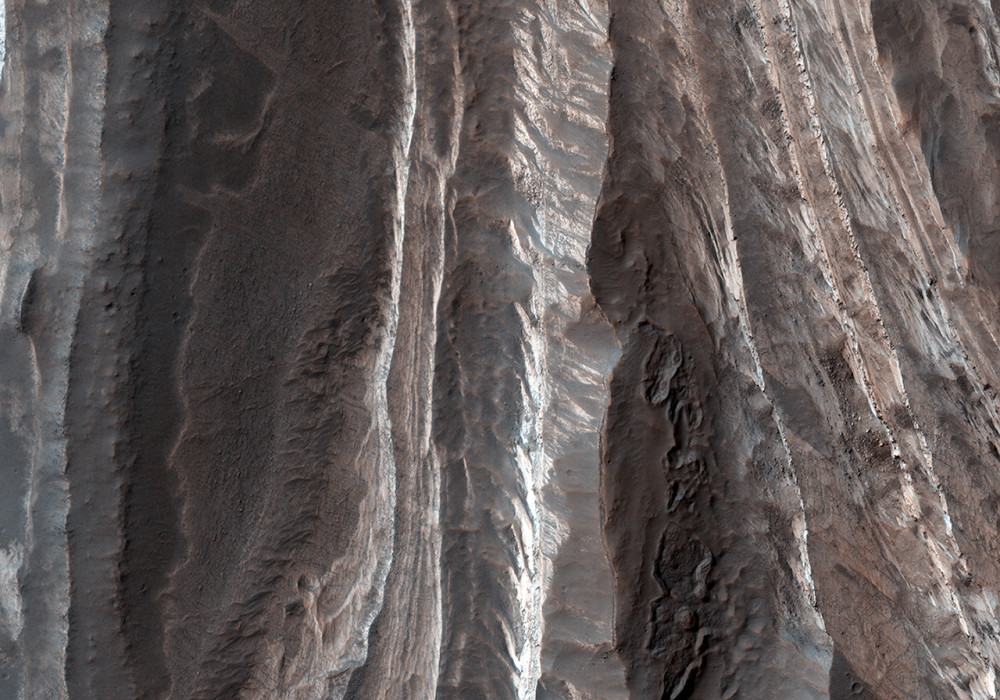