This observation reveals layered deposits on the floor of Uzboi Vallis. These deposits were emplaced when drainage along Uzboi was blocked by the formation of the rim of Holden Crater to the north.

The layers can be traced for considerable distances, but appear to erode into and/or consist of fairly coarse sediments. Hence, their emplacement may have been relatively rapid as compared to deposition in longer-lived lakes elsewhere on Mars (e.g., within Holden Crater)Written by: John Grant   (25 June 2008) 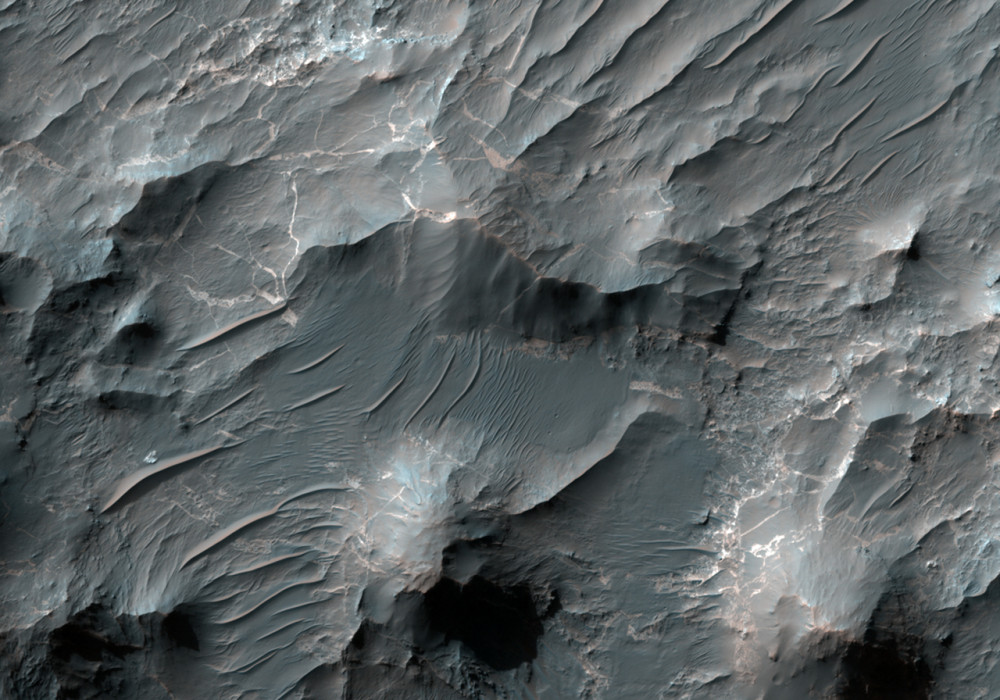