Layers on Floor of Trough in Noctis Labyrinthis

Layering is visible along the floor of a trough in Noctis Labyrinthis. The troughs in this area appear to be collapse pits and faults that extend across western Valles Marineris, the largest canyon system in the Solar System. Upwelling of the Tharsis Plateau causing extension in this region, and along with water drainage may explain the trough formation.

Layering is commonly seen along the upper walls of these troughs but in some cases, like this HiRISE image, layering is also visible along the floors of the trough. The layering along the floor could either represent rocks deposited before the trough formed that only became exposed by the removal of overlying material, or the layered material was deposited inside the trough after it already existed. Volcanism and aeolian activity could have deposited the layers, although water activity cannot be ruled out, especially if the layers formed before the trough exposed them.

Thicker layered deposits also exist within the larger troughs of Valles Marineris and their origins are also being explored and debated. Written by: Cathy Weitz   (20 February 2008) 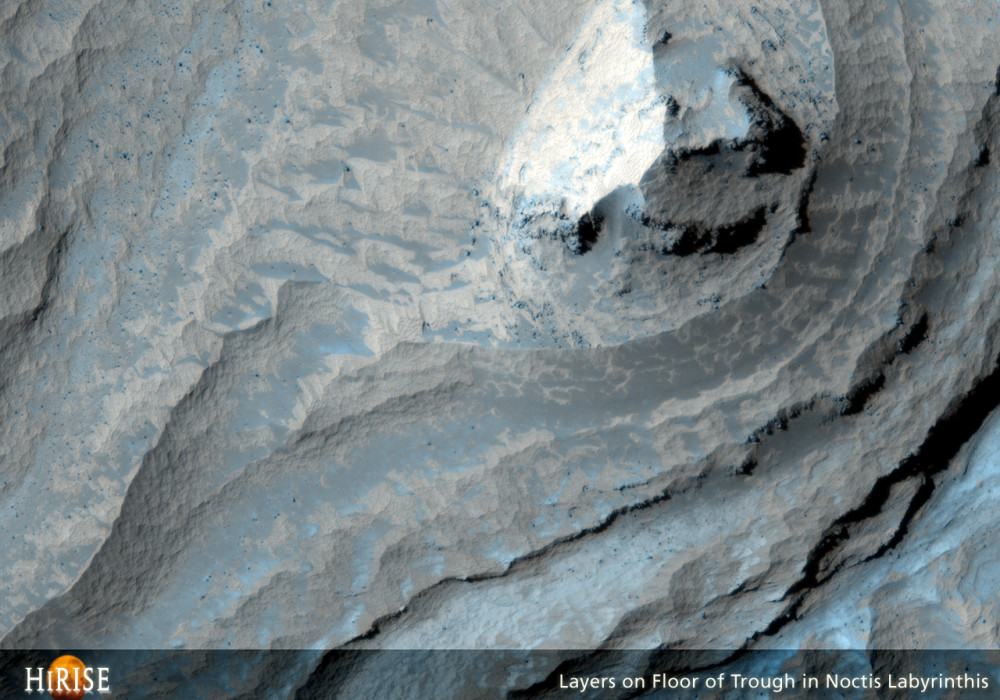