This image shows bright layered deposits near the junction of Coprates Chasma and Melas Chasma, part of Valles Marineris.

The outcrop in the full image is in a wide alcove in the northern wall and forms a broad mound several kilometers wide; dark, wind-blown material covers it in places. Similar light-toned rock occurs in many places in Valles Marineris.

An important question is when these materials formed: were they deposited within the troughs after they opened and then eroded, or are they remnants of the wall rock? Analysis of the orientation of the layers using HiRISE images may help scientists answer this question.

There are no fresh impact craters preserved on the outcrop surface, suggesting that the layered deposits are being eroded rapidly enough to erase the craters.

In many places, the light rocks have regular fractures called joints. Joints are common in rocks on Earth, and HiRISE images show them in many places on Mars as well. These can provide information about the forces which have affected the rock since it formed, which helps unravel the geologic history of this outcrop. 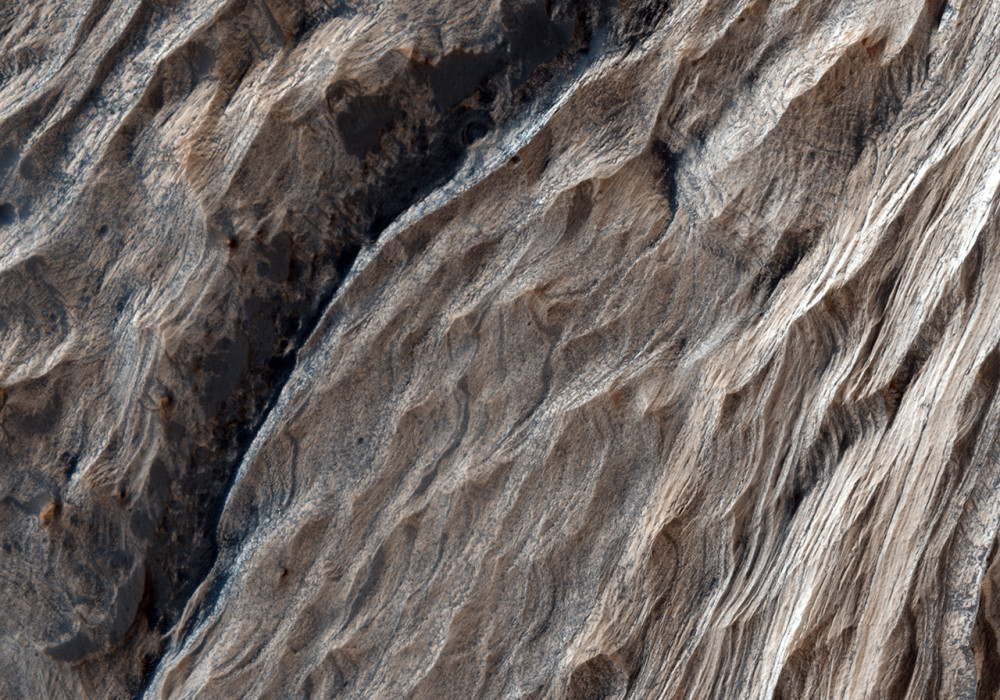