CRISM observations of this region of the Noctis Labyrinthus formation have shown indications of iron-bearing sulfates and phyllosilicate (clay) minerals. (CRISM is another instrument on the Mars Reconnaissance Orbiter.)

HiRISE observations have revealed exposed layers which are possibly the sources of the signatures seen by CRISM. The layering , is visible in the lower part of the image. To the upper left one can see a dune field which covers other beds. 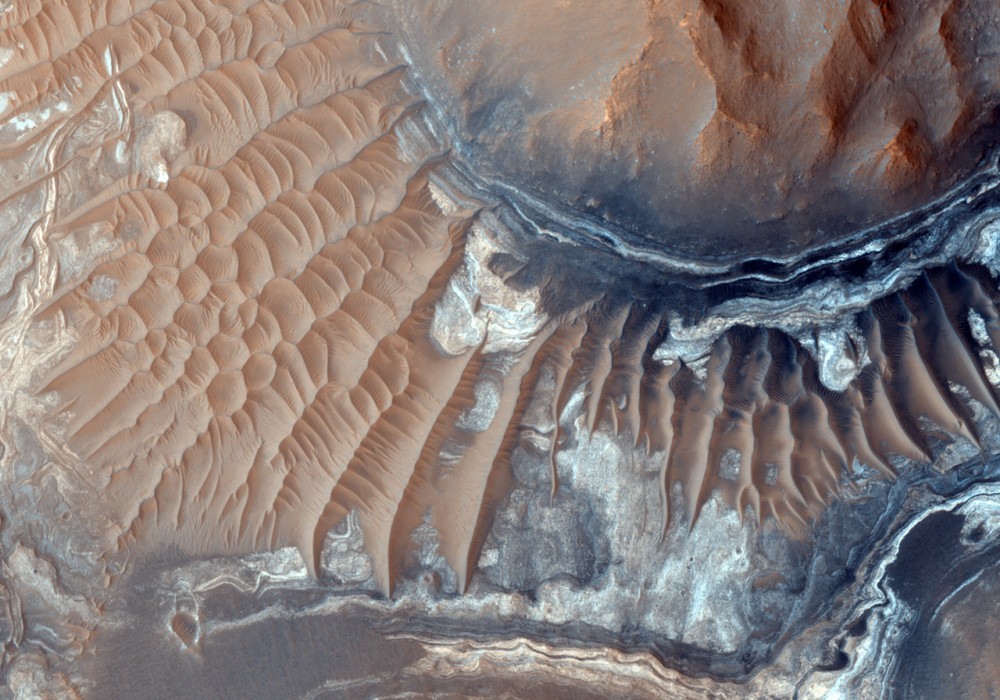