This image features the floor of a crater in the Southern highlands of Mars.

The light-toned layered deposits (LTLD) are located in the center of the image; they are exposed along the edges of the high-standing mesa. LTLD are found in many places on Mars, including impact craters and canyons near the equator. They may have been deposited by sedimentary processes involving wind and/or water.

The terrain near the bottom of the image has a texture that geologists call “etched.” The etched texture is a result of differential erosion as some materials being eroded more easily than others. One possible scenario is that the region was buried by a soft sedimentary deposit that is now being removed by wind erosion. 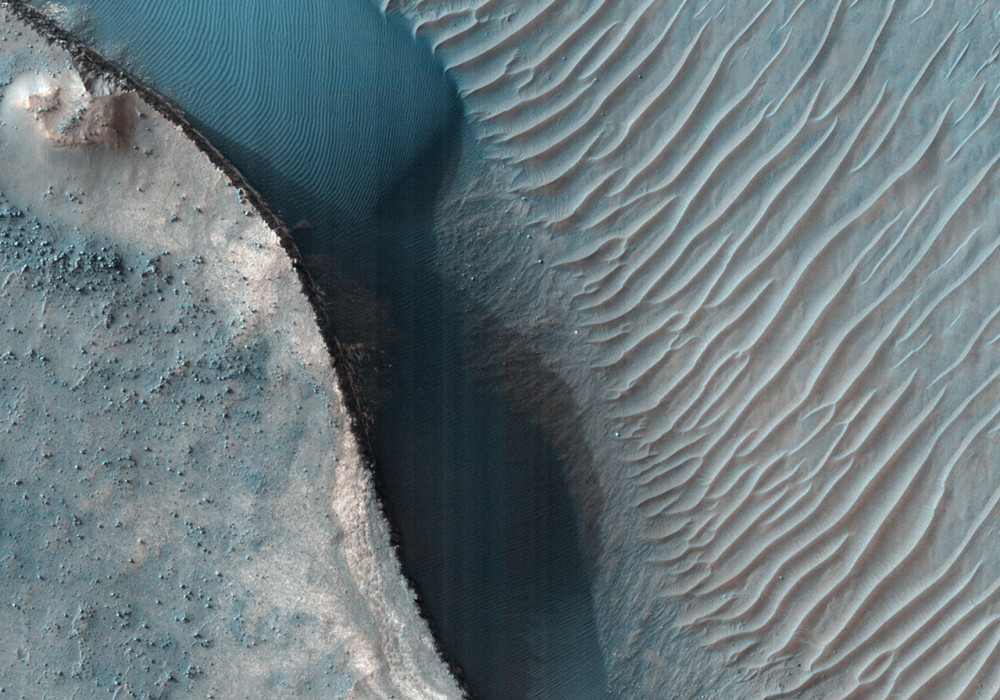