The banding in this image has been interpreted based on MOC images to be layering. A critical goal of this observation is to provide points of comparision with HiRISE full resolution coverage and CRISM infrared spectra of light-toned rock outcrops in other areas of the Mawrth Vallis region.

Also, the larger circular to oval patches, or “islands” of smooth dark material within the bright material are also high-standing. They may be old impact craters, exterior to which erosion has removed dark terrain, but interior to which the crater walls or some hardening process has protected the dark terrain from erosion. Such terrain is called “inverted topography” because a crater depression which was once empty and low has become filled, and the material outside of the crater has been removed while the material inside the crater hasn’t – producing relief opposite to that of the original landscape. 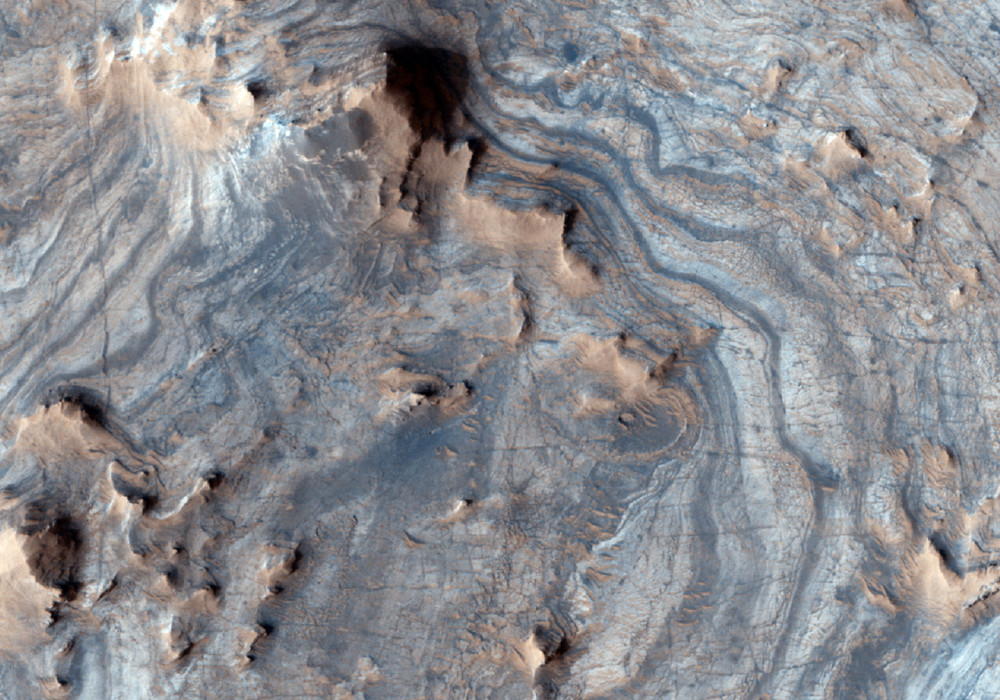