The walls of canyons often contain bedrock exposing numerous layers . In some regions, light-toned layered deposits erode faster than the darker-toned ones. The layered deposits in the canyons are of great interest to scientists, as these exposures may shed light on past water activity on Mars. The CRISM instrument on MRO indicates the presence of sulfates, hydrated sulfates, and iron oxides in Tithonium Chasma. Because sulfates generally form from water, the light-toned sulfate rich deposits in the canyons may contain traces of ancient life .

The mid-section of this image is an excellent example of the numerous layered deposits, known as interior layered deposits. The exact nature of their formation is still unclear. However, some layered regions display parallelism between strata while other regions are more chaotic, possibly due to past tectonic activity. Lobe-shaped deposits are associated with depositional morphologies, considered indicative of possible periglacial activity.

Overall, the morphological and lithological features we see today are the result of numerous geological processes, indicating that Mars experienced a diverse and more active geological past. 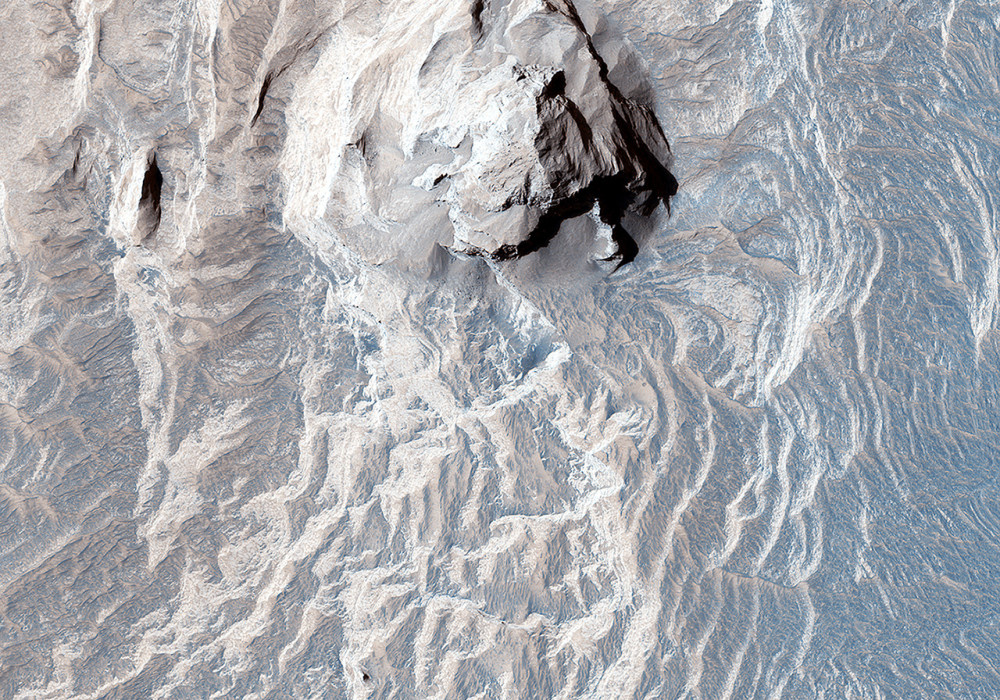