This observation shows an outcrop of bright material in Melas Chasma, part of the giant Valles Marineris trough system.

These troughs contain many bright deposits, often layered. The origin of these materials is still not known, but is the subject of much study because answering this question will provide important information regarding the geologic history of Mars.

In this image, some layers are visible, but much of the surface has a strange scalloped texture. The cause of this texture is unclear, but it is likely related to the mechanism of erosion of these deposits as well as their physical nature.

These materials are being eroded by winds, forming elongated ridges called yardangs. These winds may also be responsible for the small-scale scalloped texture. Also, landslides have produced some talus cones, composed of piles of loose debris; these are visible in places, mostly near the base of the mound, as wedge-shaped features containing many boulders. 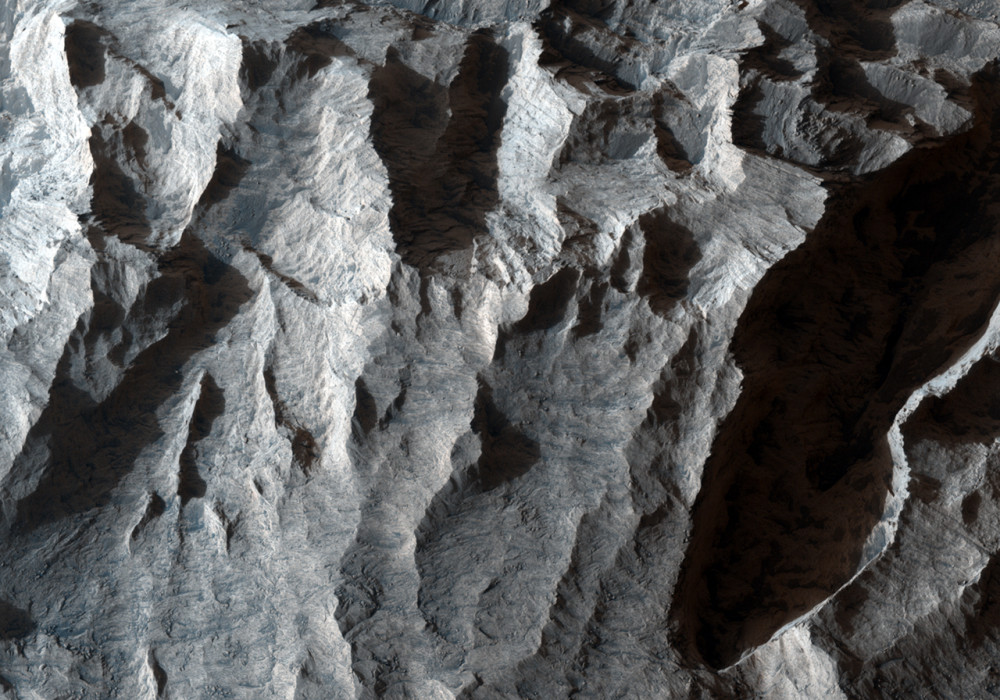