This formation of light-toned mounds on the floor of Ganges Chasma have been shaped by two erosional processes: landslides and wind.

The steeper sides of these mounds show a spur-and-gully shape which is indicative of down-slope mass movement and slope failures (little landslides). The “top” of the larger, center mound and other areas of the mounds show the streamlined forms of rock carved by eons of the wind at work.

You can also see the pattern of dark dunes that line the Ganges Chasma floor chage as they interact with these mounds, showing a kind of parabolic exclusion zone along the east end of the mounds, indicating that the dominant wind direction is to the west.

These mounds are very similar to the much larger Ganges Mensa formation farther west in Ganges Chasma. These outcrops may in fact be an erosional remnant of a rock formation that filled the whole chasma, with Ganges Mensa being the biggest remnant and this and others being the only remaining outliers. 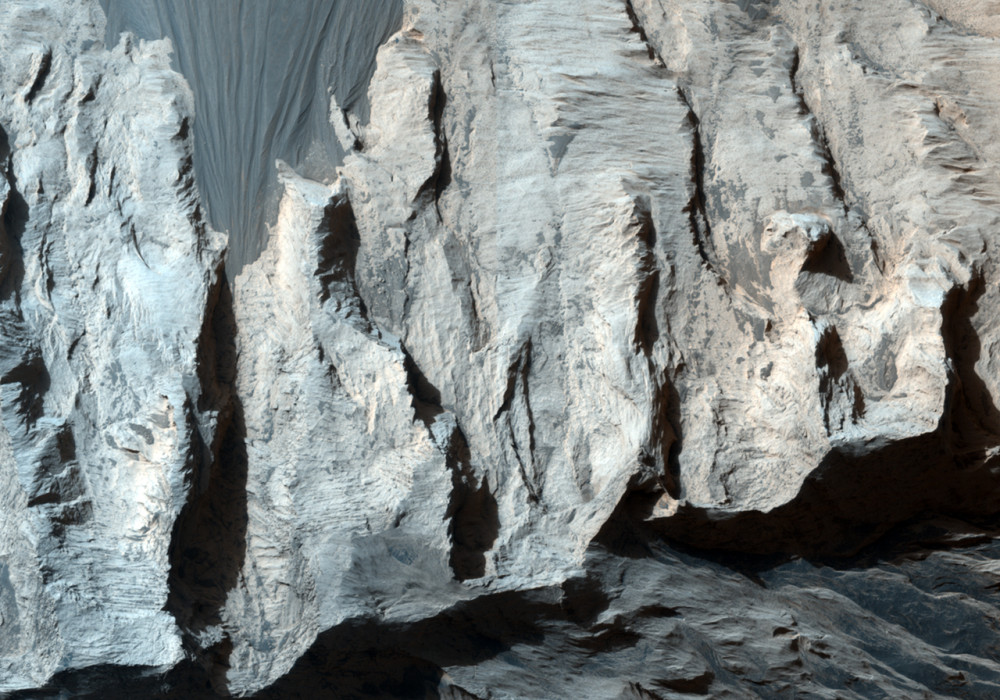