Gorgonum Basin is one of several large basins within the Terra Sirenum region of Mars. Each basin has light-toned mounds, many of which contain clays.

Scientists think that Terra Sirenum once had a large lake during an epoch called the Late Noachian/Early Hesperian, and each basin filled with sediments. The water within the lake may have altered these sediments to form the clays we now observe from orbit. Ma’adim Vallis, which drains into Gusev Crater where the Spirit rover landed, drained the water from this ancient lake.

Why the basin floors exhibit mounds similar to chaos regions on Mars is unknown, but could be the result of collapse and subsequent erosion within the basins. 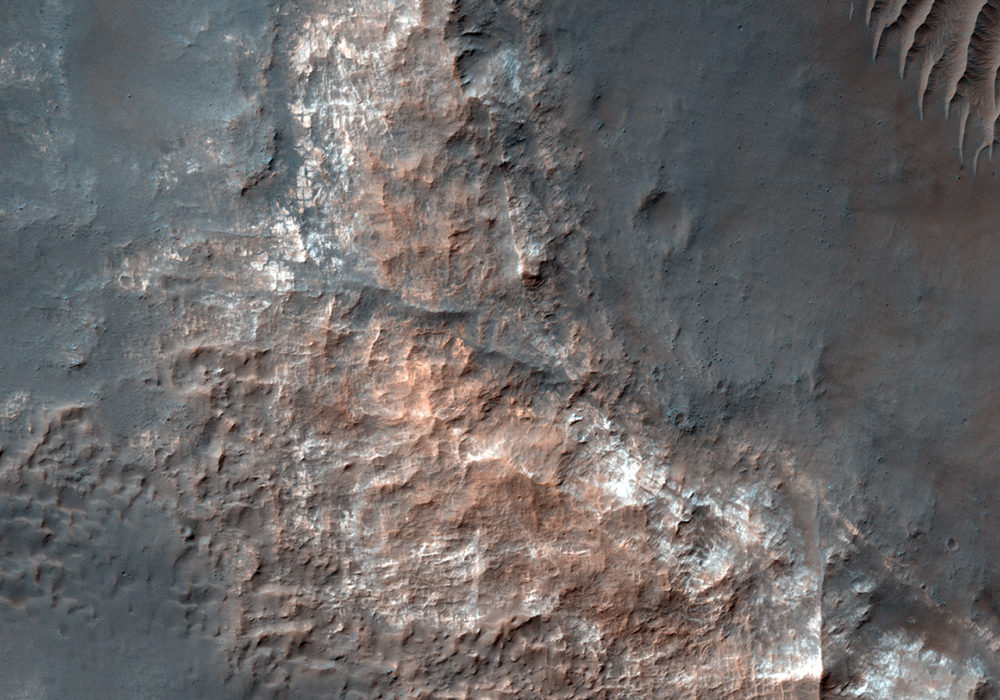