This image shows a broad expanse of rock in the southern highlands of Mars. This outcrop is located on the floor of a large, old impact crater, now partially filled in, and shows the nature of some of the infilling material.

At large scale, the outcrop shows a series of linear aligned ridges. These are yardangs, formed by aeolian (wind) erosion. As the wind erodes the rock, it shapes it into aerodynamic forms. At smaller scale, the wind has carved fine grooves and scallops into the rock surface, aligned in the same direction as the large yardangs.

At full resolution, the rock is heavily fractured. At many sites, the rock is breaking into angular boulders. The largest cracks appear to have developed into shallow troughs, since they are weak sites which are most easily eroded. Troughs and other low areas have been filled by wind-blown sand or dust.

One possible source for this rock is volcanic ash. The outcrop lies between Hadriaca Patera and Tyrrhena Patera, two ancient volcanoes. These volcanoes appear different from the giant shield volcanoes like Olympus Mons; it has been suggested that they erupted more explosively, while the large shields were built mostly by lava flows.Written by: Colin Dundas   (12 March 2008) 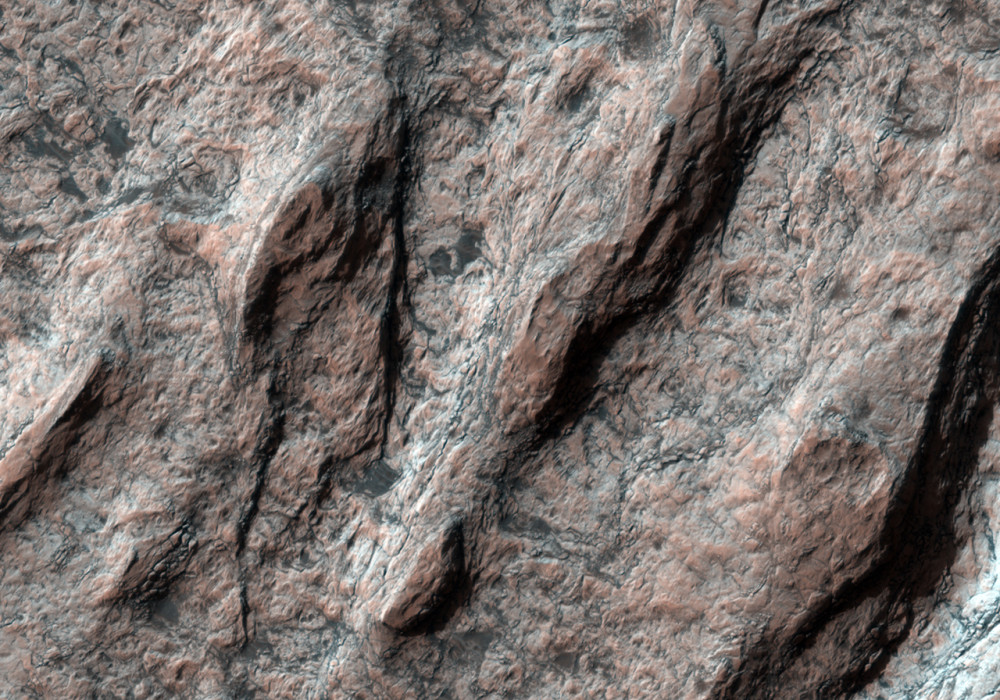