Coprates Chasma exposes several kilometers of rock that tell scientists about processes that occurred in the ancient past and in the subsurface. In this HiRISE image, rocks that display several colors and brightness are visible along the chasma wall.

Some of the brighter rocks could be minerals that formed when basaltic rock was altered by water flowing deep underground a long time ago before the chasma opened up. Alternatively, the light-toned rocks may be sediments that were deposited when water filled up portions of the chasma.

Dark dunes that could still be active are at the bottom of the image, attesting to more recent activity in this location. 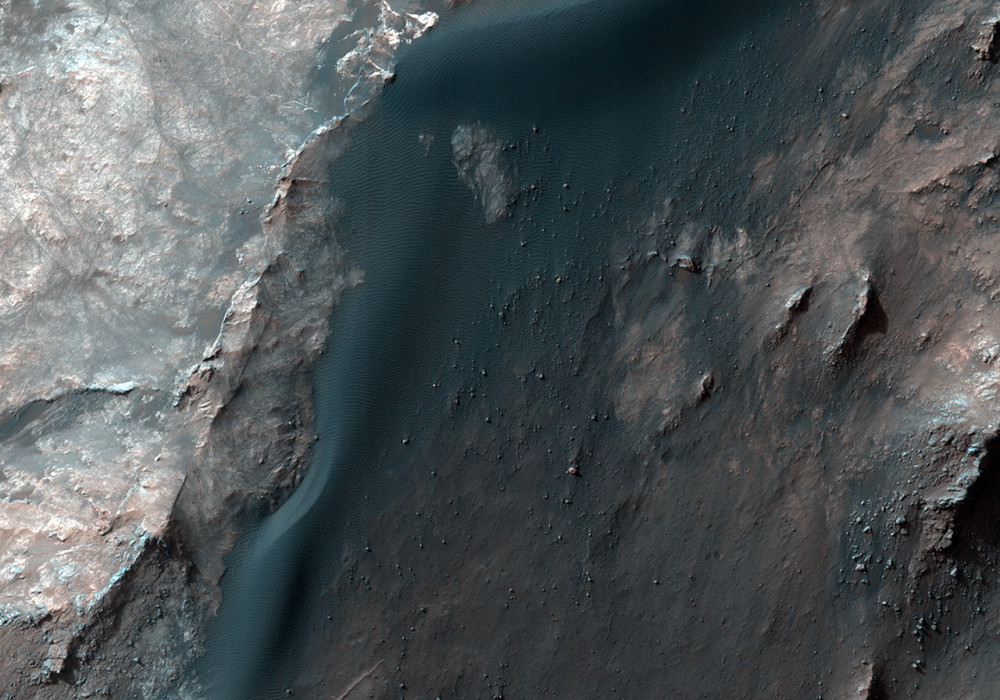