This observation shows a portion of an approximately 30 kilometer diameter impact crater located to the south of Valles Marineris.

The image reveals that the central uplift inside the crater is a mixture of dark-toned and light-toned materials. Its likely that some of the rocks in the center of the crater represent units at depth that we wouldnt otherwise see along the plains that surround the crater. The light-toned units in particular are not visible in the plains surrounding this crater so they could be material that is buried beneath the plains and only visible inside craters or other vertical exposures, such as those created by faults.

Some of the light-toned material appears angular and blocky, consistent with material that has been disrupted and uplifted by an explosion associated with the craters formation. The reason why some material appears light-toned is unknown but could be due to a different composition than the darker-toned unit.

Many light-toned units seen elsewhere on Mars, including within Valles Marineris, are made of sulfates so there may be sulfate-rich rocks buried beneath the plains at this location and the formation of the crater exposed them. In any case, the distinct materials visible within impact craters suggest that the crust on Mars may contain many units of variable composition. 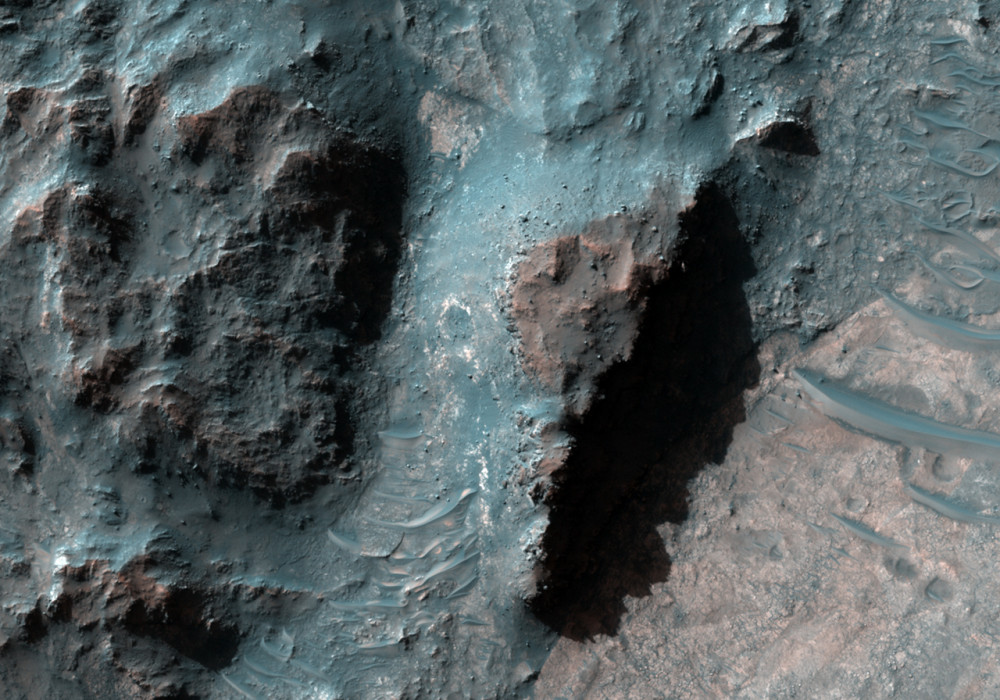