This image shows sand dunes and sheets in the central part of Herschel Crater.

In the Northern (top) part of the image, the dunes grade between two morphologies, “barchan” and “linear.” Barchans are crescent-shaped, with the horns of the crescents pointing downwind. One barchan is visible in the upper part of the image, with the Southeast (lower right) horns longer than the other ( see subimage, red box ). This trend, along with the position of the steep face of the dune on the South side, indicates that the predominant winds which formed the dunes came from the North.

Southward of the barchan, the dunes grade into long streamers, called “linear dunes.” On Earth, barchans form in areas of limited sand supply and linear dunes require two dominant wind directions that meet at an acute angle (i.e., less than 90 degrees). South of the linear dunes the sand covers the terrain in a vast sand sheet ( see subimage, blue box ). Together, these observations suggest that this part of Mars contains a limited supply of sand that has been subjected to high speed winds coming from two northerly directions.

The surface texture on the upper surface of the barchan dune and sand sheet exhibits corrugated patterns not seen on other dune surfaces. This may be caused by induration and subsequent erosion of some of the sand. Such a hypothesis was proposed by earlier investigators using lower resolution data from the Mars Orbiter Camera. 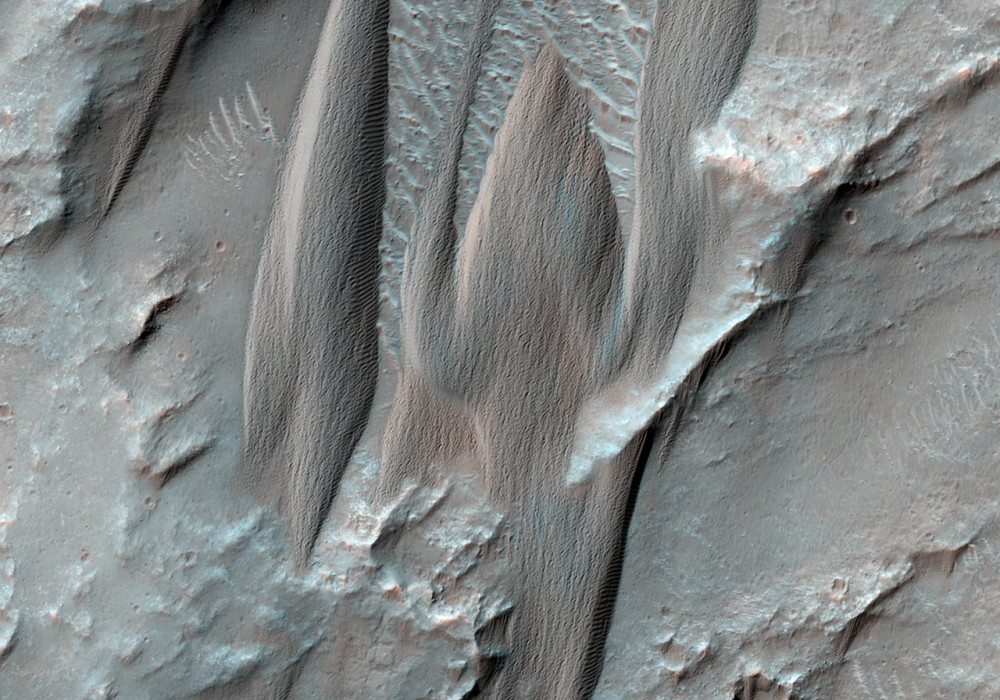