Straight and meandering thin ridges are periodically found on Mars. Such ridges can form in a variety of ways.

Rivers beneath glaciers can deposit rocks and sand leaving a raised ridge, called an esker, when the glacier retreats. Sometimes sandy river beds can become cemented by minerals. Later when the river is gone and the uncemented soils next to the old river bed are eroded more easily, the old river bed itself is left standing.

In this observation, relatively straight and narrow ridges are found crisscrossing the slopes between rocky mesas and adjacent valleys. That these ridges extend along steep slopes is unlike the water-born ridges mentioned above. Additionally, some ridges appear to connect through the mesa and extend also down the opposite slope. These features of the ridges suggest that they cut deep into the interior of the mesas.

A ridge of volcanic rock called a dike occurs when magma is squeezed into a deep fracture in the surrounding rock and upward to (or near) the surface. This magma cools and solidifies into a strong rock that resists erosion better than the fracture rock the magma squeezed into earlier. When erosion of these rocks occurs, the harder volcanic rock is left standing as a ridge and reveals the underground plumbing system of the volcanic vent. 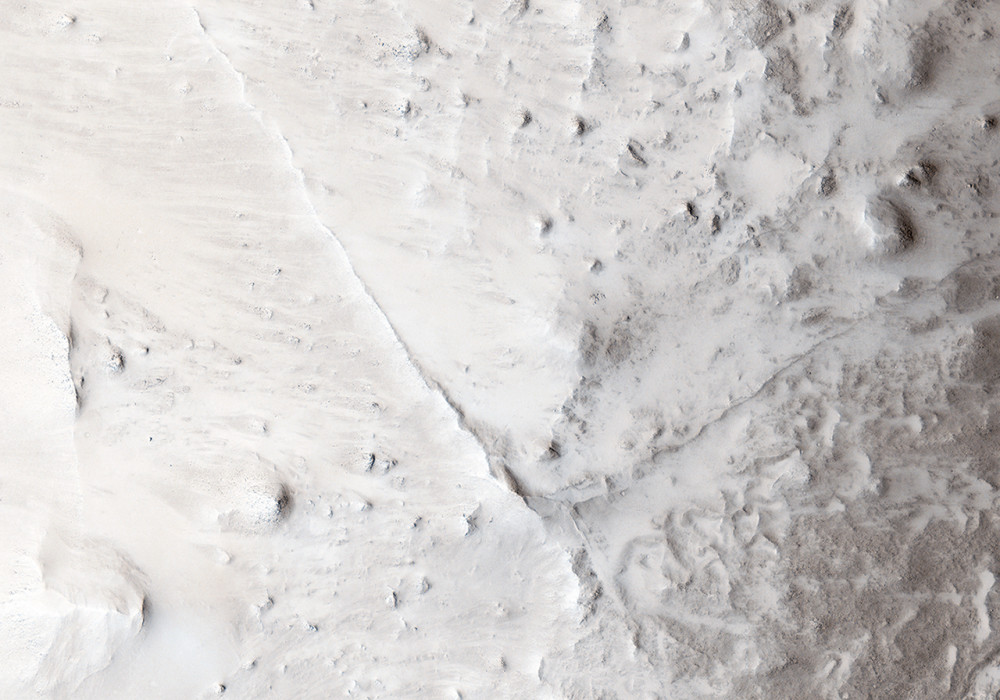