This image shows lineated valley fill in the Coloe Fossae region of Mars.

This region consists of several relatively straight and narrow canyons located near the boundary between the high-standing, heavily cratered areas of the southern hemisphere and the low, uncratered plains that cover most of the northern hemisphere of Mars. Transitional areas such as this are known as the fretted terrain and are characterized by a complicated mix of cliffs, mesas, buttes, and canyons.

This image reveals a canyon with relatively steep and smooth walls. The floor of the canyon displays a complex set of ridges and grooves that are generally parallel to the canyon walls. The material comprising the canyon floor is common observed in fretted terrain and is called lineated valley fill. The cause of the lineated valley fill texture is not well understood but may result from patterns of ice rich soils or ice loss. The linear alignment may be caused by the downhill movement of ice-rich soil, or glacial flow in dirty ice or ice-rich soil.
Written by: Maria Banks   (8 July 2008) 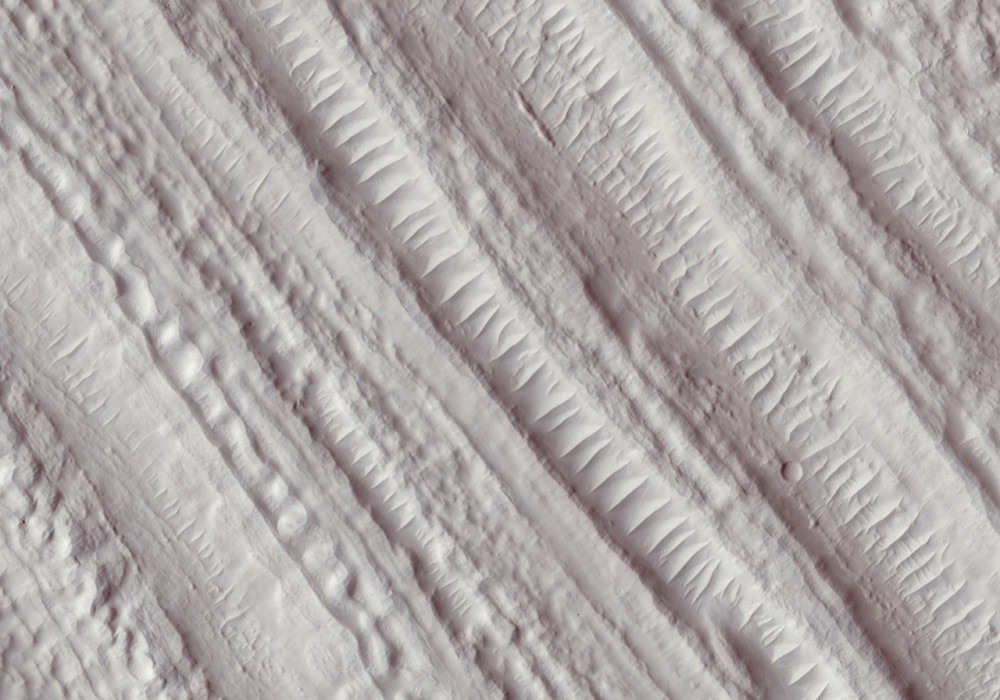