Flow patterns dominate this region of Mars in Dueteronilus Mensae. Many of the valley floors in the area exhibit complex alignments of small ridges, hills, and pits  often called “lineated valley fill.” The cause of the small-scale texture is not known, but it may result from patterns in ice rich soils or the loss of ice.

The linear alignment we see is probably caused by downhill movement of ice-rich soil, or glacial flow in dirty ice or ice-rich soil. The result is flow patterns, called “stream lines,” that follow the valleys and around obstacles. Many of the large knobs and mesas in this region are also surrounded by aprons of debris that appear to have flowed away from the knobs and may be ice-rich themselves. Around one large knob in this image the debris flow appears to lie on top of the lineated valley fill and is therefore probably a younger deposit.Written by: Mike Mellon   (12 January 2008) 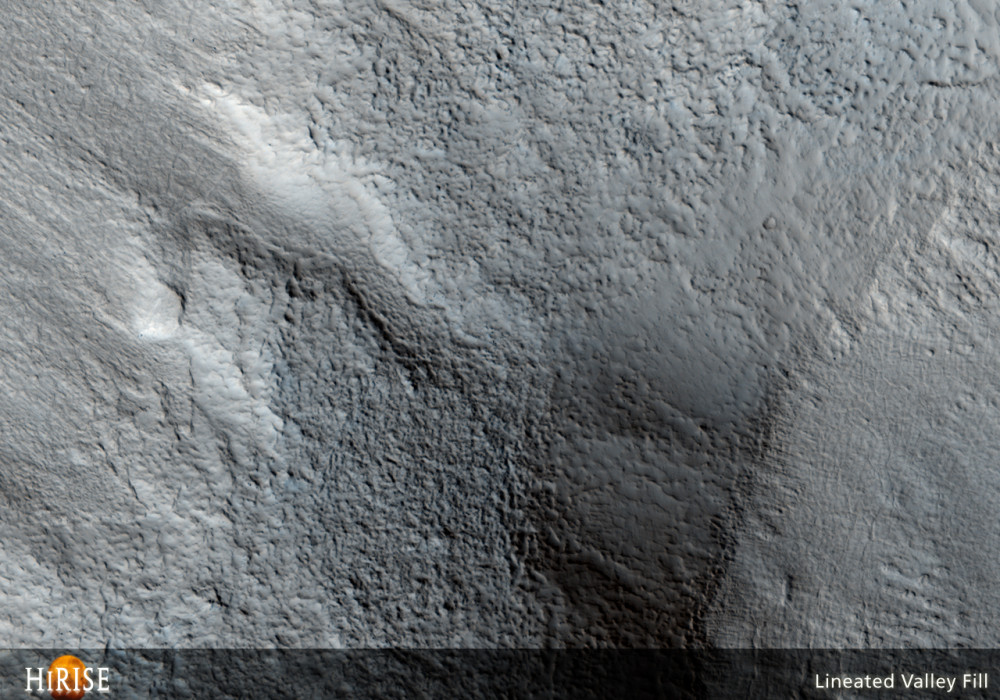