This observation is located in the Deuteronilus Mensae region along the highland/lowland dichotomy boundary in the Northern hemisphere of Mars.

This region contains many mesas surrounded by lobate debris aprons that are thought to be ice-rich. These aprons have been interpreted as a variety of possible features including rock glaciers, ice-rich mass movements, or debris-covered glacial flows. Recent radar data from the MRO SHARAD instrument has shown them to be composed of nearly pure ice.

The full image shows the edge of one of these mesas with a lobate debris apron extending from its base. Both the mesa top and the surface of the debris apron appear covered with ice-rich mantling materials characteristic of the martian mid-latitudes and thought to have been deposited around 10 million years ago during a period of high obliquity. Ice-rich flows also extend down the side of the mesa onto the surface of the apron, as evidenced by the lobate flow near the top of the image. Several alcoves can also be seen along the mesa wall that appear to be filled with “pasted-on” mantling deposits. Similar features have been observed along the walls of Dao Vallis east of the Hellas Basin, a mid-latitude region that also contains lobate debris aprons. 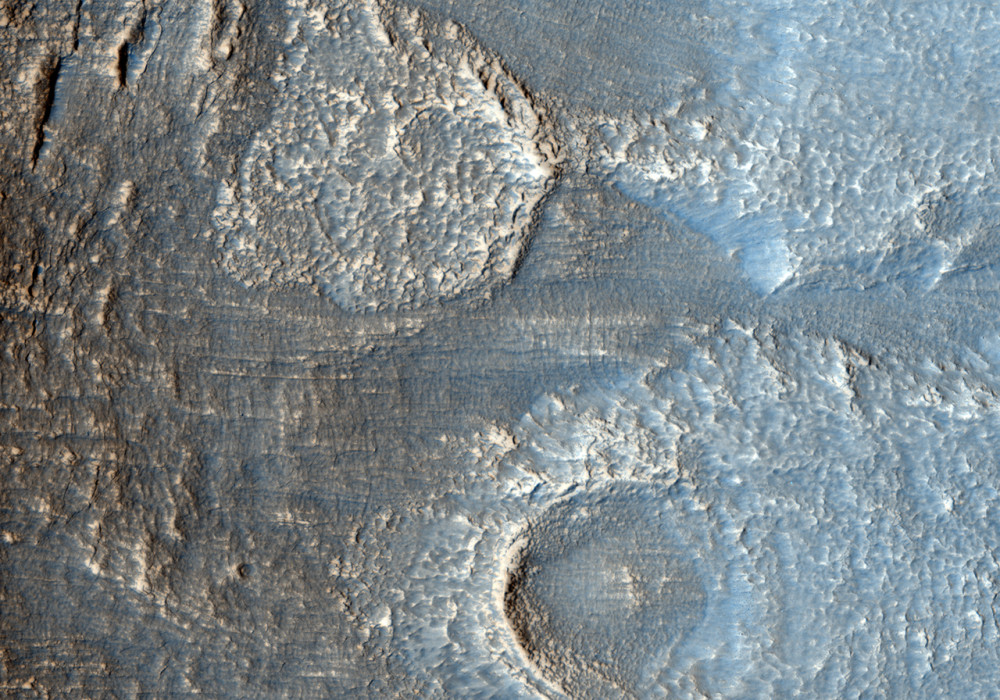