This image shows a portion of a large lobate debris apron along the bottom of a hill in the Tempe Terra/Mareotis Fossae region of Mars.

Debris aprons were first discovered in regions of “fretted terrain” from analyses of images sent back by the Viking Orbiter spacecrafts in the 1970s. Features in areas of fretted terrain appear “softened” as if some geologic process(es) had smoothed and rounded features that normally would be sharply defined, such the crest of a narrow, steep ridge.

Scientists inferred that the processes causing this degradation must have involved the incorporation and creep of ice in the surface materials. If so, these mixtures of ice and debris could have flowed away from topographically high areas leaving features much less sharply-defined.

The flow behavior described here is similar to slow-moving glacial or permafrost features on Earth. The debris apron in the upper left of the image also has several subtle “ridge” features on its surface from low sun illumination. The ridges are roughly parallel to the base of the hill and their shapes mimic one another along their lengths.

Similar ridges are seen on other debris aprons in this region where the aprons are located directly below large piles of debris accumulating along the bottom of hillslopes. These observations have led to the hypothesis that ridges on debris aprons are accumulated piles of debris from a period of abnormally high erosion. If this was indeed the case, each ridge may indicate a change in the climate or local environment that would have implications for our overall understanding of the Martian climate. 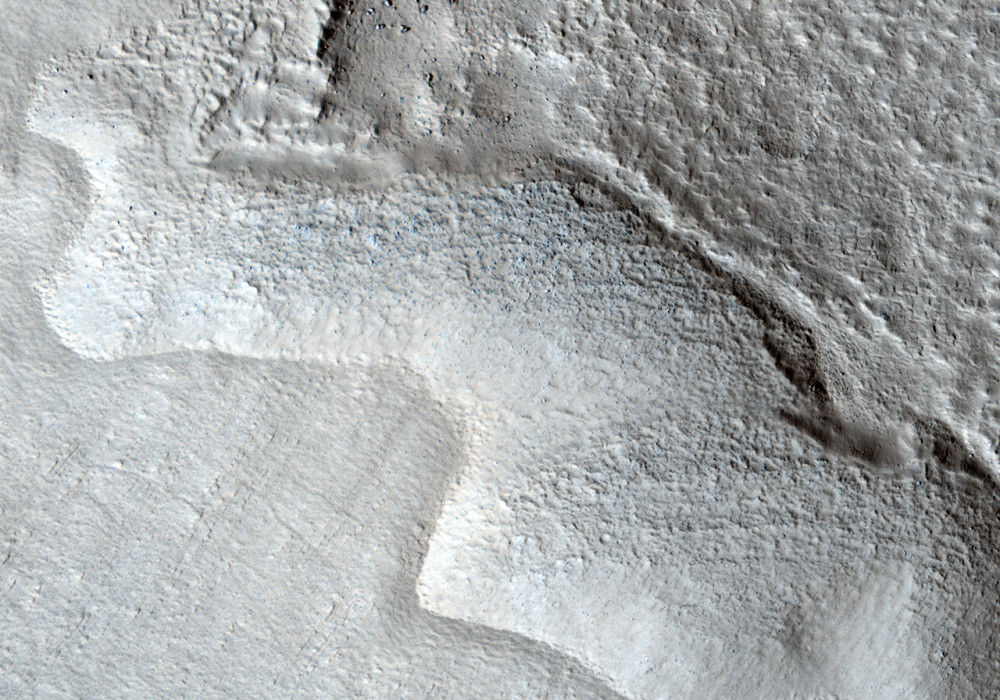