The flow feature is several kilometers long and about 1 kilometer wide with a partial double inner ridge and raised outer margin. The flow feature’s surface is highly pitted and generally devoid of impact craters. Similar flow features are found in many other craters throughout the Southern mid-latitudes of Mars, particularly in this region east of Hellas.

Studies of these flow features have determined that this type of flow feature predominantly form on pole-facing slopes of crater walls in the southern mid-latitudes. This polar-facing preference has implications for the amount of solar isolation these slopes are receiving, which may be a result of recent climate change due to shifts from low to high obliquity. Degraded, potentially ice-rich mantling deposits can be seen throughout the image as well. These deposits are typically found in these mid-latitude regions and are also thought to have been deposited during past periods of high obliquity.

Although these Martian flow features may have Earth analogs such as rock glaciers, uncertainty remains as to what types of fluvial, glacial and mass-wasting processes are involved in their formation. 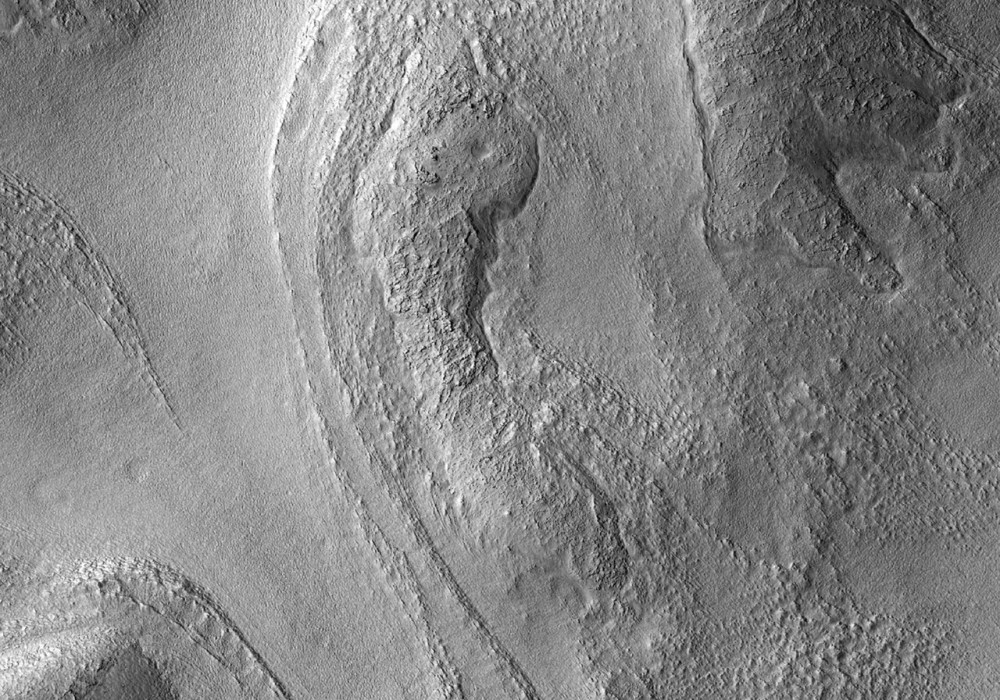