Lobate (or tongue-shaped) flow features such as those seen emanating from the hill at the north end of this image are common in this region east of the Hellas Basin.

These features are considered to be a depositional sink for water ice-rich deposits falling from the atmosphere during periods of high obliquity in the past several million years.

Most of the ice is likely sublimated away, but moraine-like ridges at the flows’ borders are still apparent. The surfaces of these features also have polygonal textures, another signal for the presence of ice just beneath the surface. 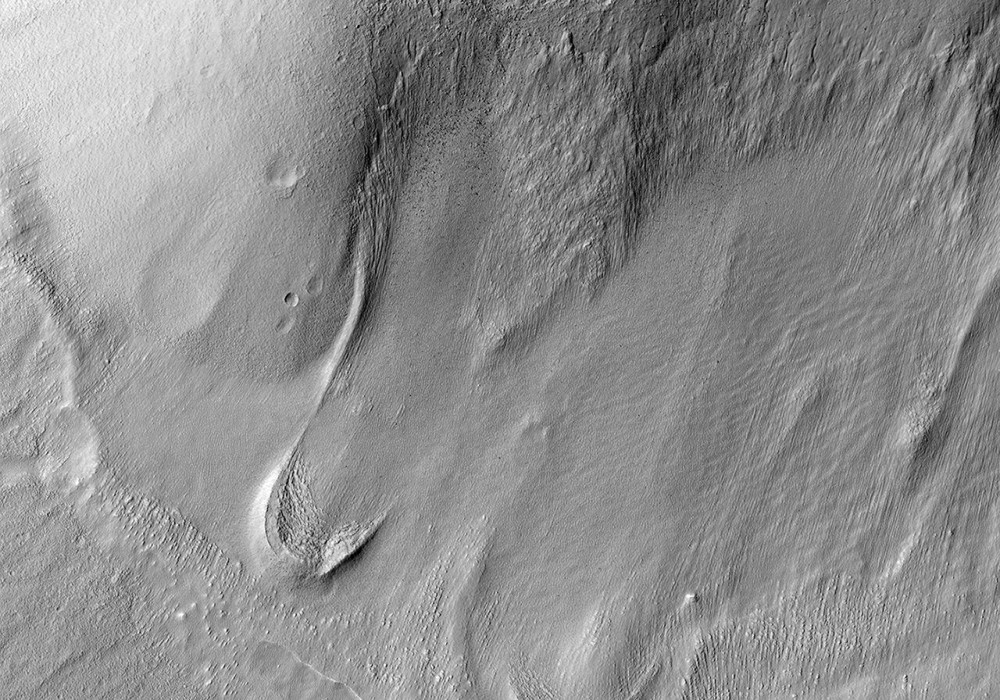