Looking for an Impact Crater on a Dune

This dune field image was requested since a prior lower-resolution (THEMIS VIS) image of this area had suggested the possible presence of an impact crater on the dunes. Finding an impact crater on a dune field would be quite important: as of 2011, no craters have been found on Martian dunes, which strongly supports the hypothesis that the dune fields are very young features and either formed or have actively evolved during the last tens of thousands of years.

No crater is visible in this dune field image, which is consistent with the “active” and “fresh” appearance of these dunes: (1) they have sharp crestlines and (2) slipfaces (the downwind slope; generally pointing towards the south-southwest in this field, although there are some signs of a reversing slipface, implying that some past winds have pushed sand towards the northeast-north northeast) are generally very smooth in appearance, except for some small avalanche features (which form as sand accumulating at the upper-portion of the slipface).

The search for a dune-field crater will need to continue … 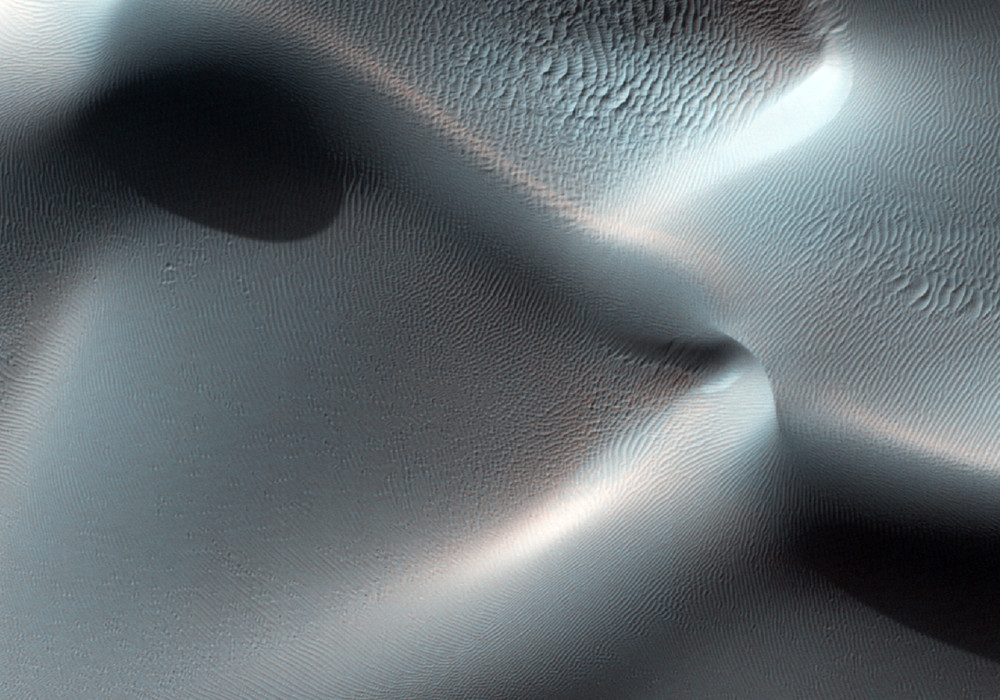