Although Mars has a thin atmosphere, the wind is nevertheless strong enough to move some sand dunes and ripples (collectively termed “bedforms”). Such changes have been recorded by HiRISE. Our team is continuing to monitor areas with bedforms to see if they have moved.

This image, of Aureum Chaos, is one such region. Aureum Chaos is a jumbled assemblage of large terrain blocks that were disrupted by some ancient process. The edges of the blocks commonly display layered rock strata and the lower regions between the blocks can trap sand. Both are visible here.

In a preliminary comparison with another image acquired two Mars years ago, no bedform changes are obvious, although a more thorough analysis is still needed (the best way to determine if motion has occurred is to get a topographic model of the region and then “warp” the images to fit the topography, thereby removing distortions inherent in the viewing geometry). Nevertheless, this image is rich in geologic detail. If we zoom into one region, abundant, large ripples are visible toward the lower right . On the wall at middle to upper right, two colors of rock are visible, an upper yellowish unit and a lower whitish one. These likely represent distinct rock strata that were deposited before Aureum Chaos formed. 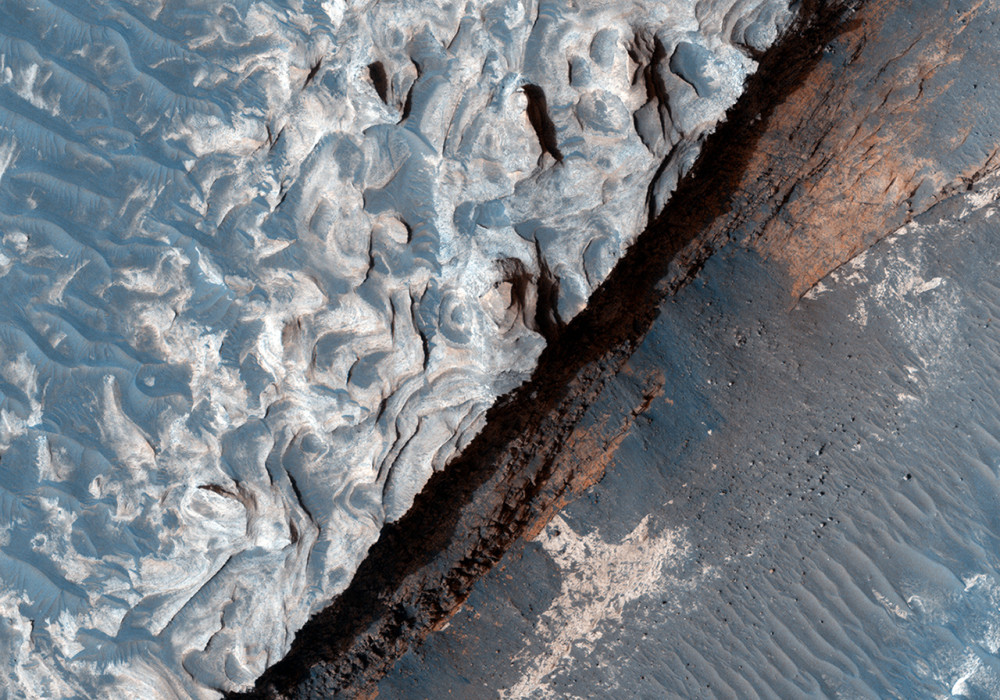