One of MRO’s ongoing campaigns is a search for new impact craters. At high latitudes, such craters often expose ice, which appears bright in HiRISE enhanced-color images. This image was targeted to look at a candidate new crater on a lobate apron. Such aprons are often ice-rich, but the crater shows no bright material that would indicate ice.

Why not? The most likely reason is that the crater simply didn’t dig deeply enough. This crater is barely visible with HiRISE , and probably only excavated down to 10 centimeters or so. At this latitude, ice is often much deeper, first appearing tens of centimeters (a foot or more) below the surface. Near the poles, colder temperatures cause ice to be shallower, as NASA’s Phoenix mission discovered in 2008. 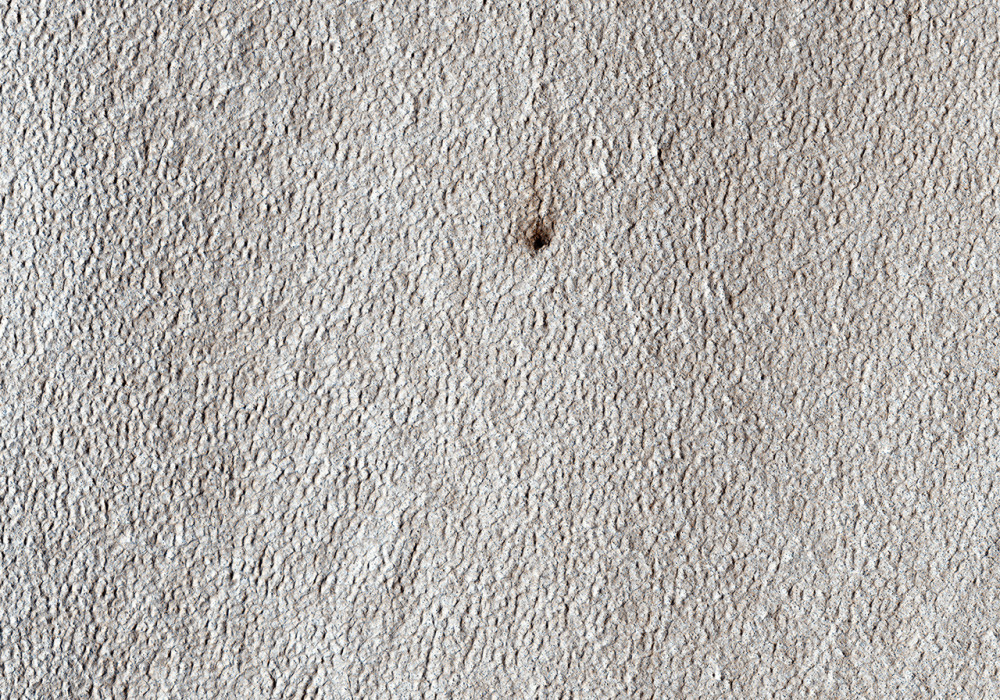