Lots of Layers in Terby Crater

Erosion has revealed many sedimentary rock layers in this image in Terby Crater.

Terby, a 170 kilometer (approximately 100 mile) crater along the northern edge of Hellas Planitia, is interesting to scientists because of its apparent modification by liquid water. Sedimentary rocks like those revealed in the plateaus of this image can be emplaced by both wind and water. Erosional features in Terby give us an enticing view into the layers and may contain clues as to whether water once flowed across the surface.

The enhanced-color subimage shows several gully-like features that cut across multiple sedimentary layers. (Up is to the left in this image.) Eroded material has been deposited in fans at the base of the plateau (lower right). The gully incisions reveal a fresher view (slightly bluish or purplish) of the layers making up the plateau than the uncut layers (brownish). There is a change in color (to a lighter, yellower tone) of the layers at the very top of the gully alcove (left) and the surface there becomes smoother and less steep. These differences in layer appearance likely indicate a difference in composition or resistance to erosion between the lighter and darker, and steeper and shallower, layers.

Terby Crater was at one point a potential landing site for the Mars Science Laboratory rover. It is no longer under consideration for that mission, but it is still on the candidate list for potential future missions. 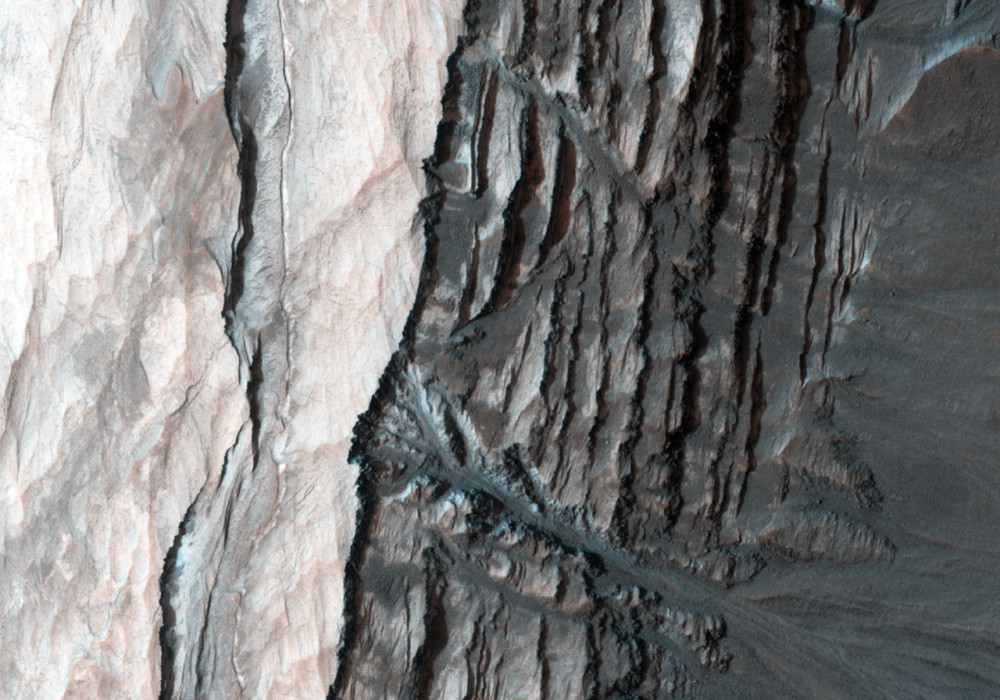