This image is taken of an interesting linear feature in the Aeolis and Zephyria regions. Using the daytime infrared imaging data from the THEMIS instrument, this feature has a higher daytime temperature than its surroundings while also being relatively dark.

When viewed at full HiRISE resolution, this area contains sand ripples with some consolidated, bedrock-like material poking through. These bedrock outcrops are more pronounced along the southern portion of the image and are most apparent in the region of the thermal anomaly. The outcrops trend generally East-West and appear sculpted by aeolian erosion.

In the area of the anomaly, the sand between these outcrops has a darker tone and gradually blends with the lighter material to either side. This darker sand may be the reason why the material has a “hot” signature compared to its surroundings, because dark materials absorb sunlight more efficiently.

Features similar to the one in this image help researchers to characterize such features and to understand whether such exposures may indicate possible hydrothermal fissures, or perhaps be just an exposure of a darker underlying material. 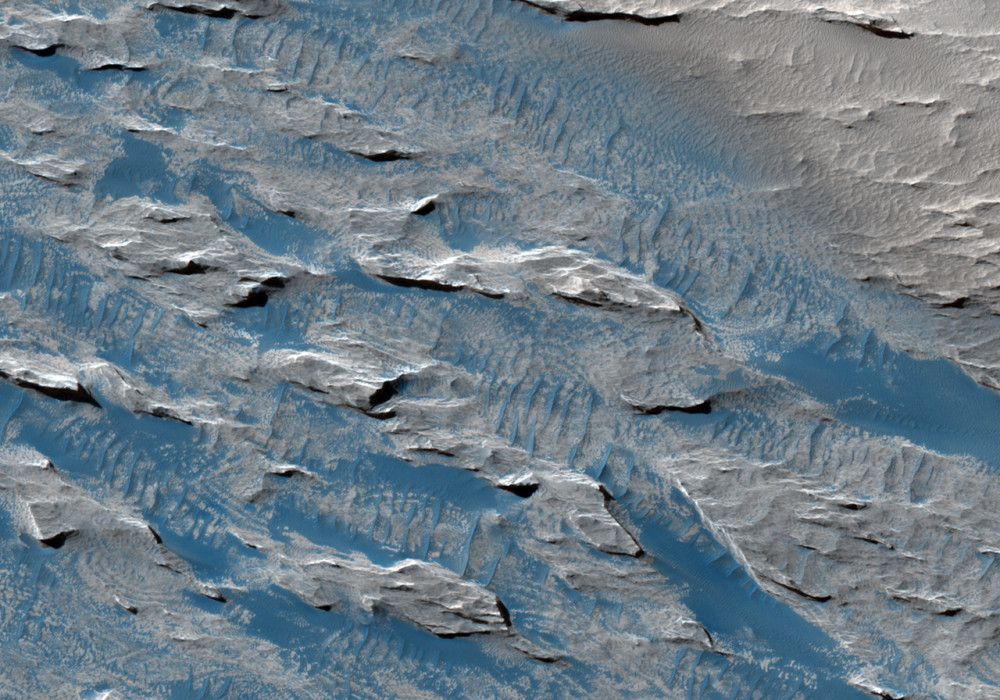