How exactly these strange landforms came to be is a mystery. It probably isn’t magical, but the catchy Beatles-era title did get you to read this caption.

The contorted material sits on the floor of a degraded impact crater. It has some bizarrely grooved textures that show up nicely with the low-sun illumination (with the Sun approximately 7 degrees above the horizon). We’ve seen this texture elsewhere on Mars, so a systematic study might lead to a good hypothesis about its origin.

The color data reveals some bluish material– seasonal frost that is just starting to accumulate here in late fall. 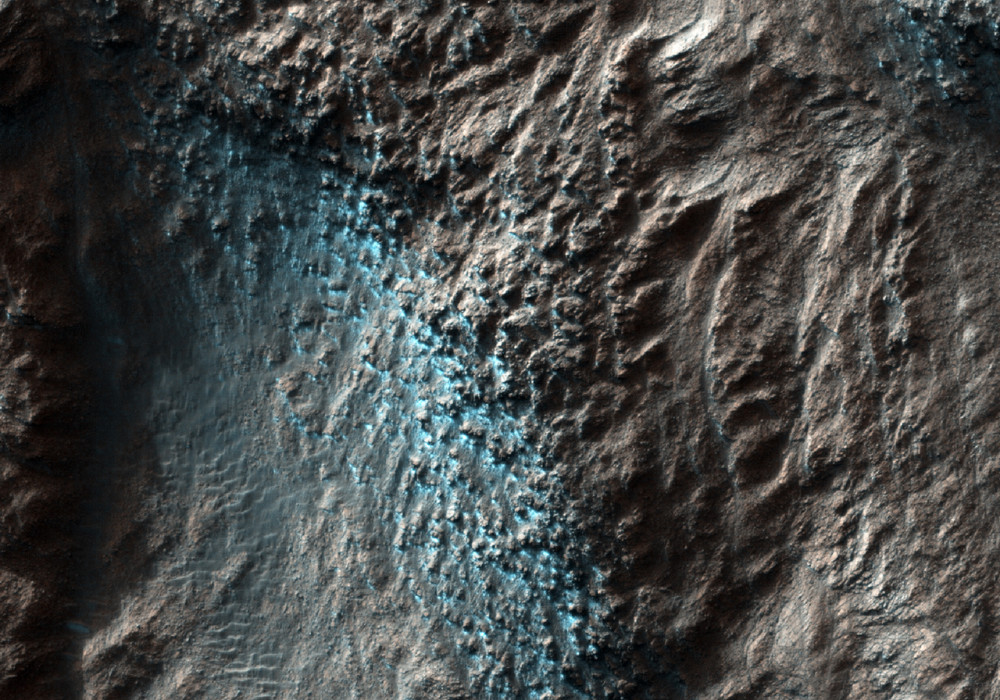