This image shows a part of the western flank of Ascraeus Mons. Ascraeus Mons is one of the giant volcanoes of the Tharsis volcanic region of Mars.

It is a shield volcano, so named because of the gently-sloped round shape. Terrestrial examples, like Mauna Loa and Kilauea on Hawaii, are formed mostly by repeated eruptions of fluid (basaltic) lava. Martian volcanoes can attain much larger sizes partiallly because Mars lacks plate tectonics, allowing eruptions to persist at the same site for a long time.

In this HiRISE image, the surface is covered by a mantle of dusty material which obscured the underlying surface. This has been sculpted into regular textures, probably by aeolian (wind) erosion. It appears that there are multiple layers, as the southeast portion of the image shows textured knobs standing above a similarly patterned surface. The origin of the dusty mantle is unclear. It could be wind-blown dust, but it is also possible that some of it is volcanic ash erupted from Ascraeus Mons. 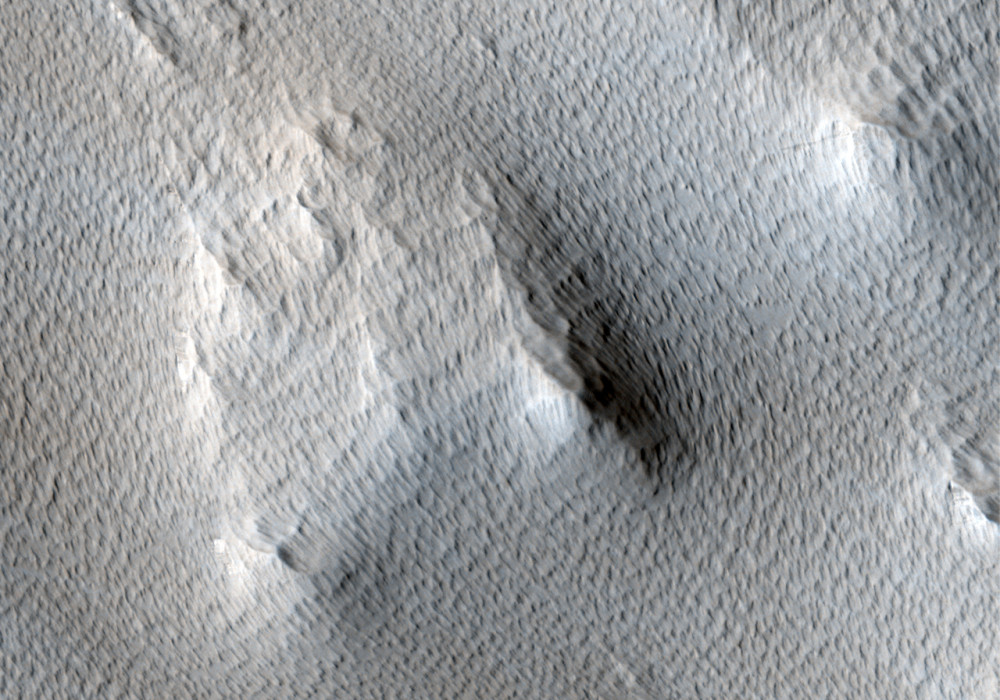