Mantled Terrain in the Southern Mid-Latitudes

The mid-latitudes of Mars (approximately 30 to 60 degrees, north and south) are covered in ice-rich mantling deposits in varying states of degradation.

This mantle is thought to be deposited as snow during periods when the angle of the tilt of Mars’ rotational axis—called obliquity—is much higher, which last happened around 10 million years ago.

This HiRISE image shows terrain typical of these mantling deposits in the Southern Hemisphere, east of Reull Vallis. The pitted texture suggests that ice is sublimating out from the deposits as the region is warmed under current lower obliquity conditions. 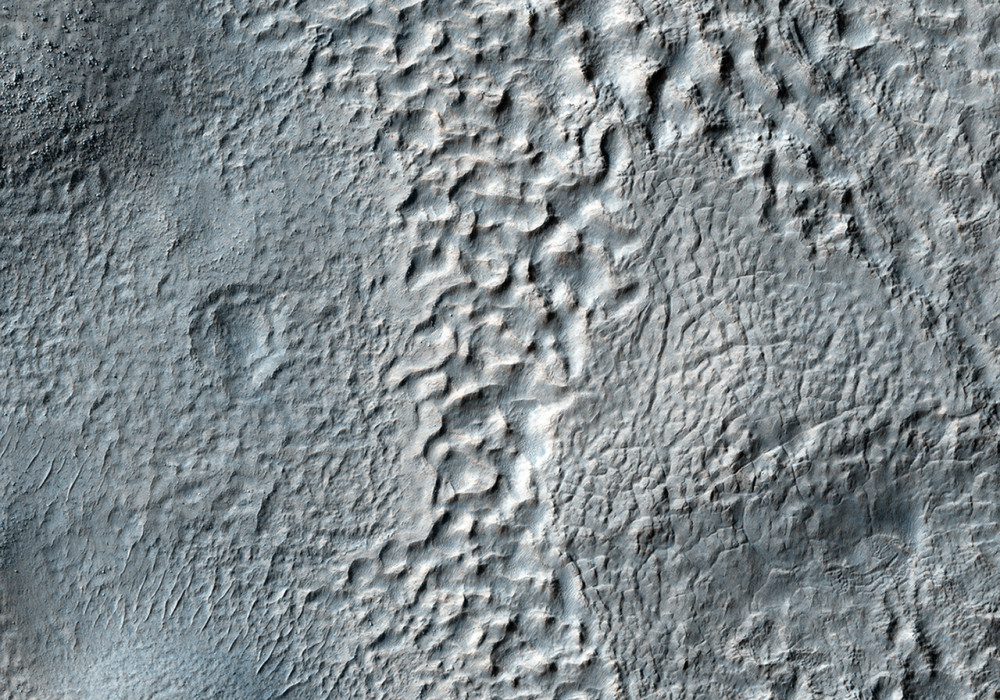