Mantles and Flows in Moreux Crater

This HiRISE image shows part of the central uplift of Moreux Crater, at about 42 degrees North of the equator.

In several parts of the image, the underlying topography appears mantled by a later deposit. This appears mostly in topographic lows and has lineations which suggest that it has flowed downslope, indicating that this mantle may have been ice-rich.

In one point near the center of the image, some of this material appears detached in a local topographic minimum; however, this patch is still lineated. North of the image center there are several patches of dark material which appear smooth at low resolution (zoomed out). A closer look reveals that these areas are broken into polygonal patterns, which may be due to stresses created by temperature variations. Such polygons often indicate the presence of ground ice near the surface.

Sites like this provide a wealth of information about processes affecting the the surface of Mars. 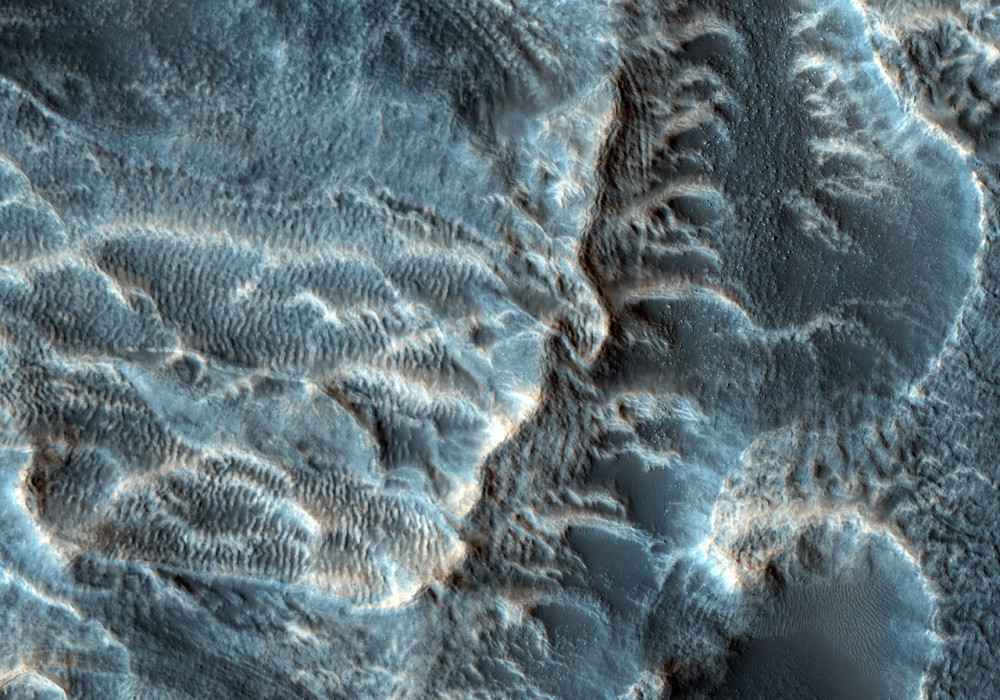