McLaughlin Crater (21.9 N, 337.6 E) is a large, approximately 95-kilometer diameter impact crater located north of Mawrth Vallis, in Arabia Terra, a region that was made famous by the book and movie “The Martian” by Andy Weir.

McLaughlin Crater straddles three major terrain types: the Northern lowlands, the Southern highlands and the Mawrth Vallis region. The crater floor is thought to be covered by clays and carbonates that were deposited in a deep lake at least 3.8 billion years ago perhaps by ground water upwelling from beneath the crater floor (Michalski et al, 2013, Nature Geoscience).

McLaughlin Crater is listed as a candidate landing site for the 2020 Mars surface mission. Although it is described as a “flat, low-risk and low-elevation landing zone,” the region in this image on the southern floor of the crater shows a complex surface of eroded layers that are rough in places. An unusual feature is a straight fracture cutting diagonally across the layered material at the bottom portion of the image that may be a fault line. 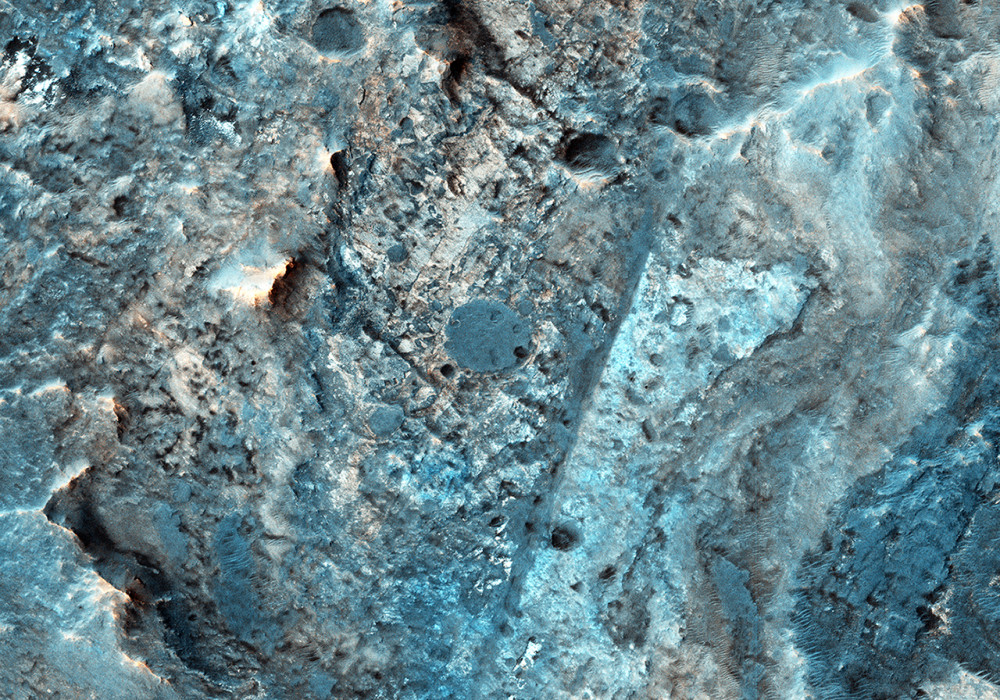