Now that HiRISE has been returning data from its primary science orbit at Mars since 2006, it has been able to document changes in the position of sand dunes and ripples on the surface.

The time interval is approximately two Mars years, such that lighting geometry is very similar in the two images. In addition, the MRO spacecraft took both images at nearly the same roll angle. With the similar lighting and viewing geometry, changes can be readily seen. Subimage 1 shows a series of zoomed views, starting from part of the dune field and then zeroing in on the slip face of one dune. Subimage 2, an animated GIF , shows how the dune slip face, and ripples on dune surface, have changed over two Mars years.

The dune appears to have moved a couple of meters. This demonstrates that this region of Mars has winds strong enough to move significant volumes of sand. 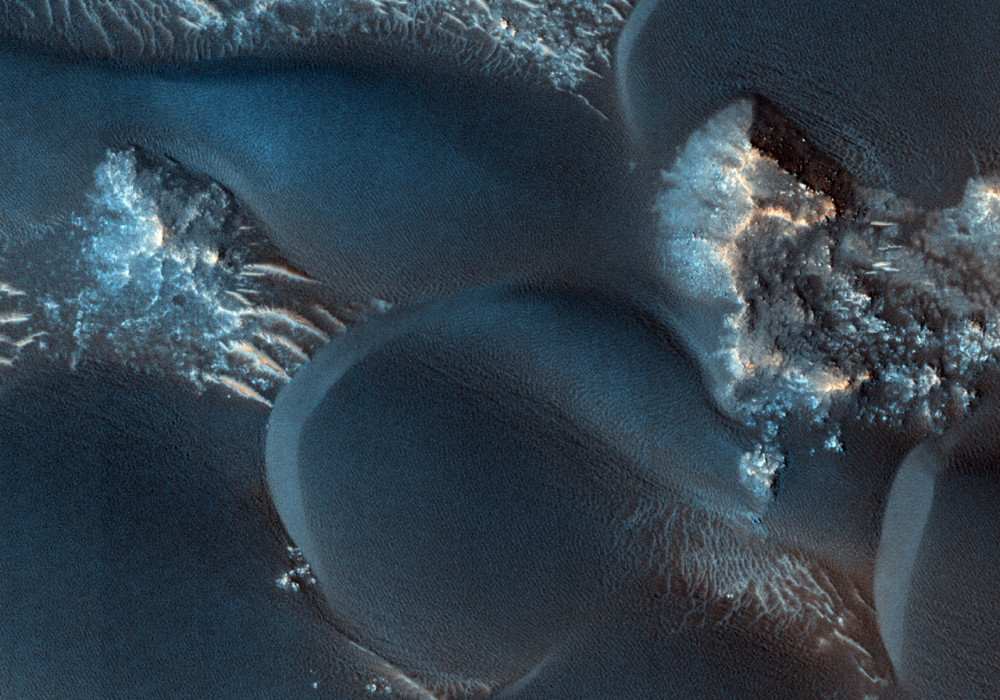