Barchan dunes are common on both Earth and Mars. These dunes are very distinctive in shape, and are important because they can tell scientists about the environment in which they formed.

Barchans form in wind regimes that blow in one dominant direction. The ridged arcs of sand that define the barchan dunes end in horns that point downwind. Sand is transported up the broad, relatively shallow windward slopes and once it overtops the dune crest, the sand falls down a shorter steeper slope between the horns, known as the slip face. Over time, the barchans migrate downwind, following their horns. (The subimage refers to the non-map projected version of the image.)

This HiRISE image shows an example of several barchans merging to form an even larger barchan dune. This can happen through a variety of circumstances, such as when smaller, faster dunes collide with larger, slower-moving dunes that absorb them, resulting in single, larger dunes. The distance between the merging horns of the large dune in this highlighted region is a little over 500 meters (about 1600 feet). 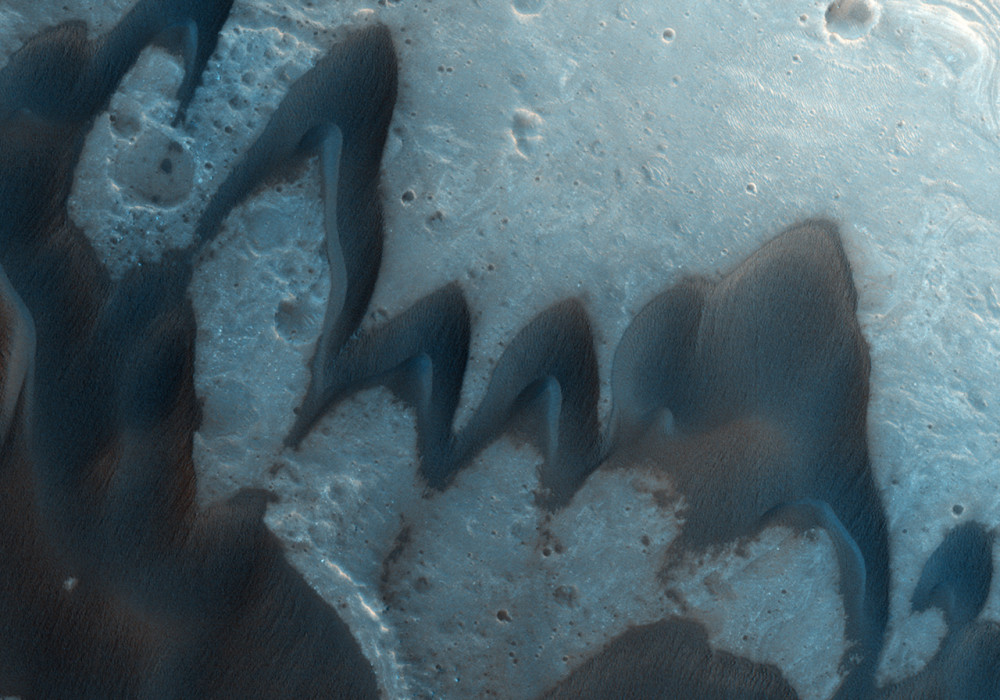