The most striking aspect of this image is the honeycomb-like pattern of the dunes.

This is a seasonal monitoring site, meaning HiRISE takes pictures across the seasons to view what changes occur and what causes them. The surface here is covered with seasonal carbon dioxide frost. In this case, we can compare locations of cracks in the frost to previous images.

In this subimage , we see a dark spot on the slope of a dune. This is most likely caused by sublimation, where a solid passes directly into a gaseous state. The frost is translucent (some light passes through), so it sublimates at the base and pressure builds up. When the gas escapes, it can expose the dark ground or throw sand on top of the frost, producing dark spots like these. 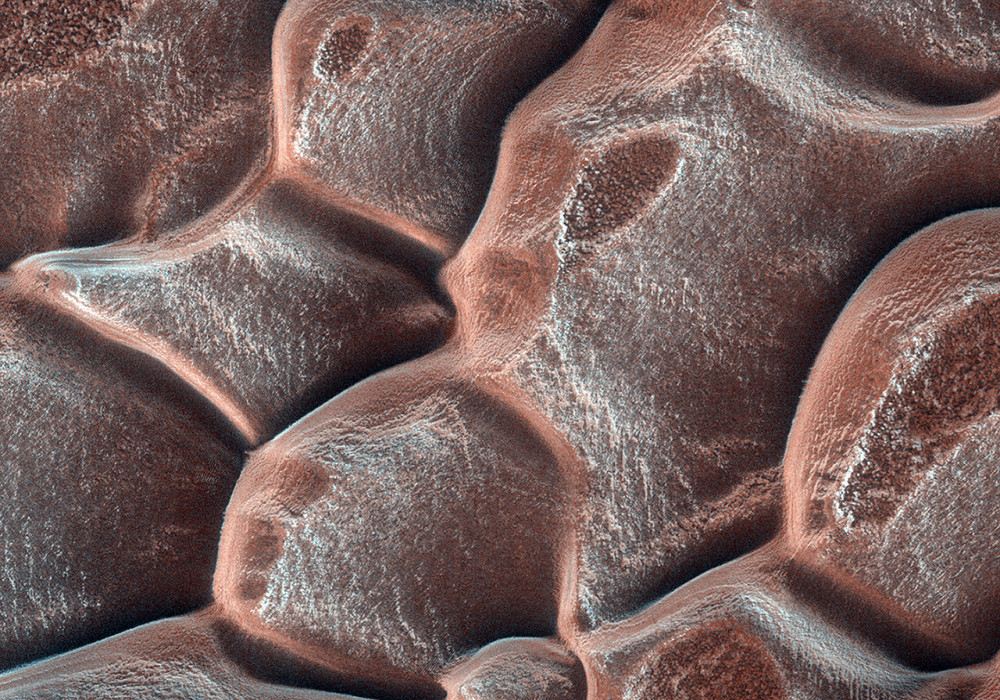