In this image, we see an intersection of several fractures on the floor of Echus Chasma. One “sector” appears to have been filled by a more recent viscous lava flow.

Echus Chasma is considered to be the water source region that formed Kasei Valles, a large valley that extends thousands of kilometers to the north. HiRISE may help determine the relative roles of lava and water in the region. 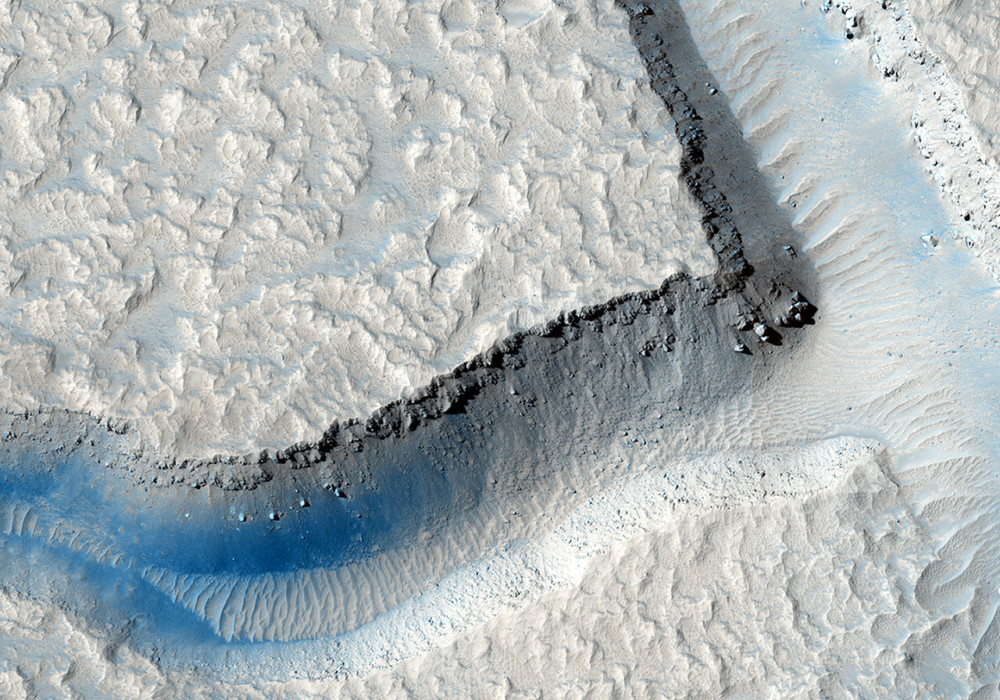