“Mélange” means a confusing mixture, and is used to describe rocks scraped off the top of a downward-moving tectonic plate in a subduction zone on Earth. On Mars it is probably mostly impact cratering that creates such chaotic mixture of rock types rather than plate tectonics.

These warm, enhanced colors are due to minerals altered by water, whereas the blue and green colors are from unaltered minerals such as olivine and pyroxene.

This image was acquired in Tyrrhena Terra, some of the most ancient highlands of Mars. 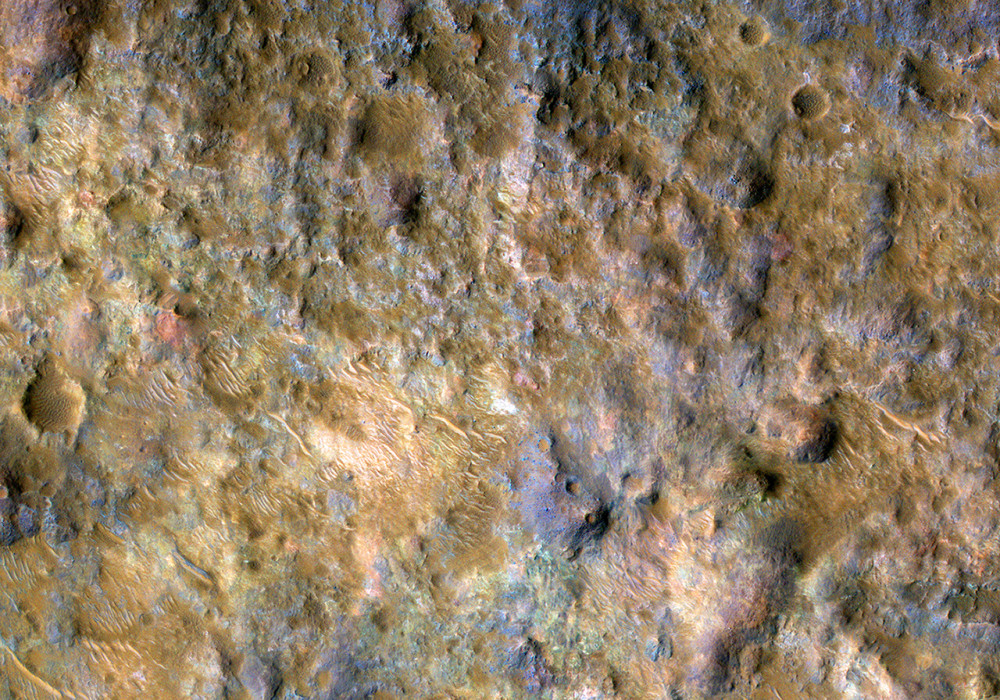