This non-circular pit is due to a low angle impact from an asteroid or comet. The raised plateau west of the crater was where most of the impact debris landed.

This debris protected the material underneath, but else where this material was slowly removed by the wind and the debris-covered area was left behind as this high-standing and interestingly-shaped plateau.

(Note: the wallpaper images have been rotated 90 degrees counterclockwise for better effect). 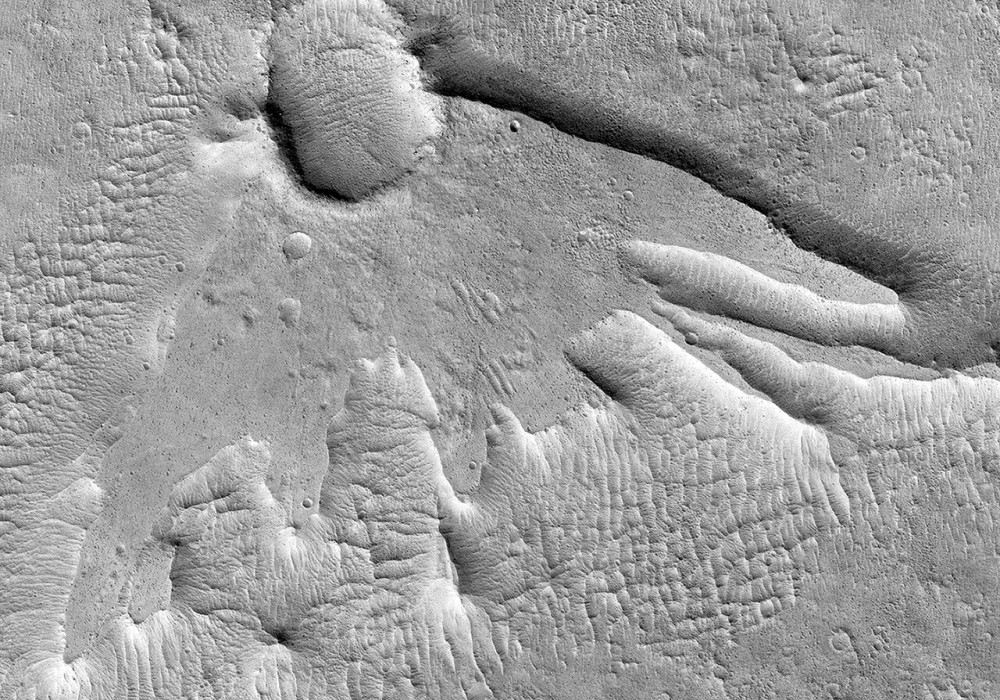