This image shows an impact crater in the southern hemisphere of Mars with striking mass wasting features on the northern wall. (Mass wasting is the general term for a variety of processes in which rock or soil moves downhill).

Several dark, nearly continuous layers of rock ring the upper part of the crater slope. In the northern part of the layer, dark downslope striations can be seen even at low resolution. At the full resolution of HiRISE, these are seen to be comprised mostly of boulders. In several cases the striations descend directly from rocky outcrops, and they form due to rocks breaking and falling from the outcrops near the rim. This demonstrates the relative instability of the steep slopes of young craters; this is an important process in crater degradation. The dark streaks in this case may indicate particularly steep slopes.Written by: Colin Dundas   (30 November 2007) 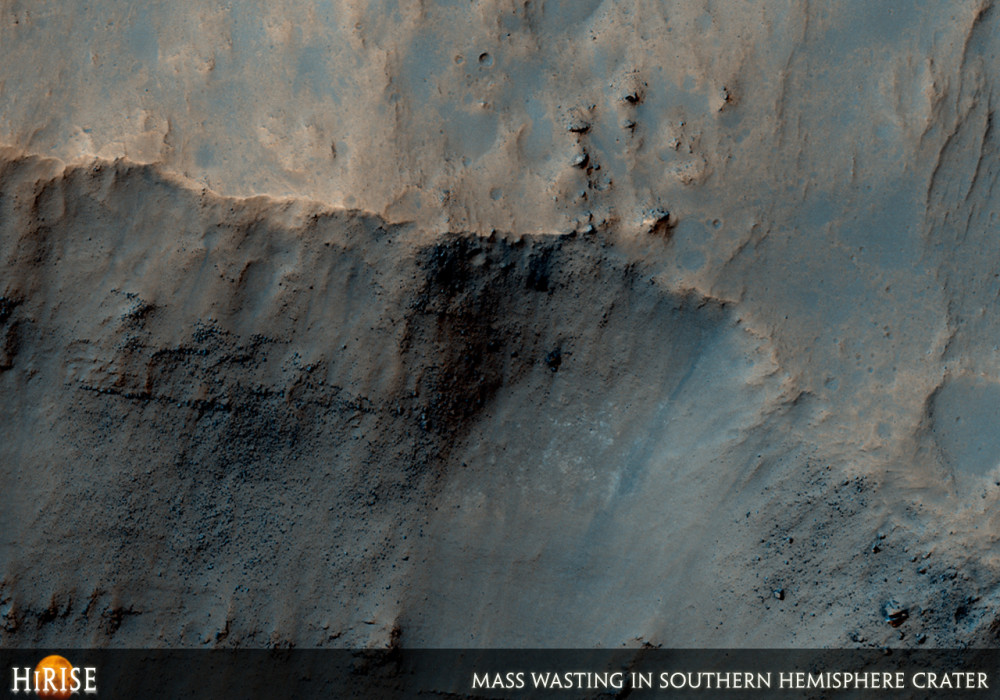