The South polar layered deposits are a stack of ice and dust about 3 kilometers (2 miles) thick. The many layers that make up this feature are of great interest to planetary scientists because, just as with ice sheets on Earth, they are thought to contain a record of the planets climate in previous times.

As with the rest of Mars, impact craters form continuously on these polar deposits. Rarely, a very large impact will occur and the crater will excavate all the way through this ice-sheet to the rocky terrain underneath. This is what happened in the case of McMurdo, a crater roughly 20 kilometers (12.5 miles) across which punched through the ice-sheet in the past.

This HiRISE image shows the wall of this crater, only half of which has been preserved until current times. You can see the many layers that comprise the south polar layered deposits exposed here. Scientists study exposures like this to try to understand the length of the climatic record that is recorded in the icy material at the poles of Mars. 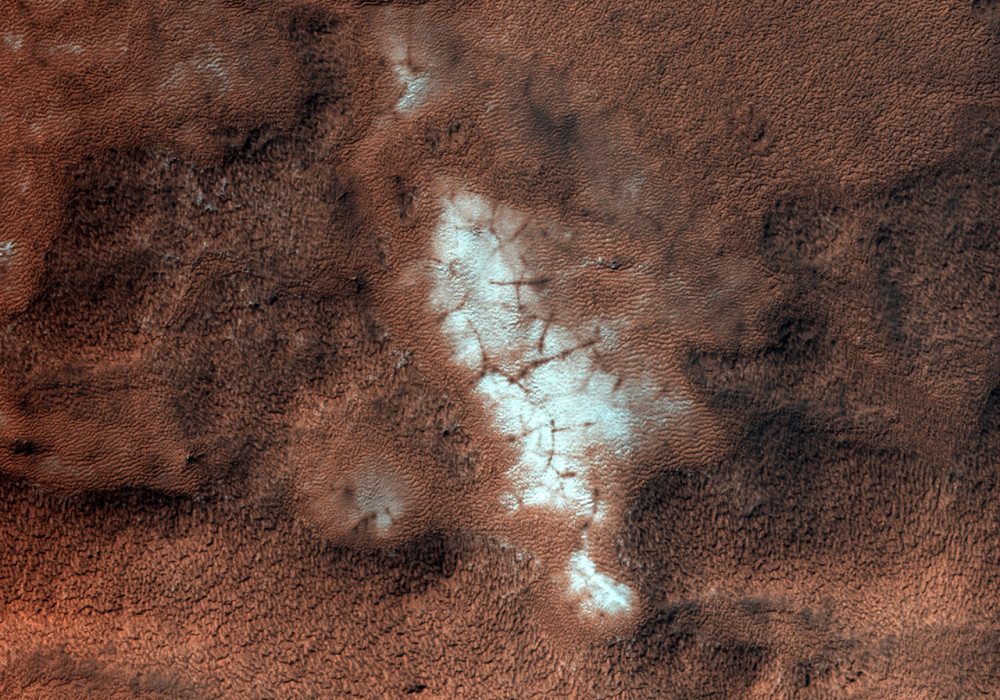