The central portion of this image includes a portion of a valley network in Arabia Terra. In lower resolution images, this meander (a bend in a valley) appeared discontinuous – hence its selection as a target for HiRISE. However, at HiRISE resolution the valley is visible throughout its course.

This is a mid-latitude scene where ground ice is believed to be stable relatively near the surface today. The mottled terrain visible throughout the image could be a sublimation texture. Sublimation occurs when ice goes directly to the gas phase. When this happens, the space beneath the subsurface that the ice previously occupied is now empty, allowing the remaining surface to collapse and form the observed texture.

Several of the craters in this scene have flattened appearances, which may have resulted from ice-rich material being driven by gravity into the crater centers. 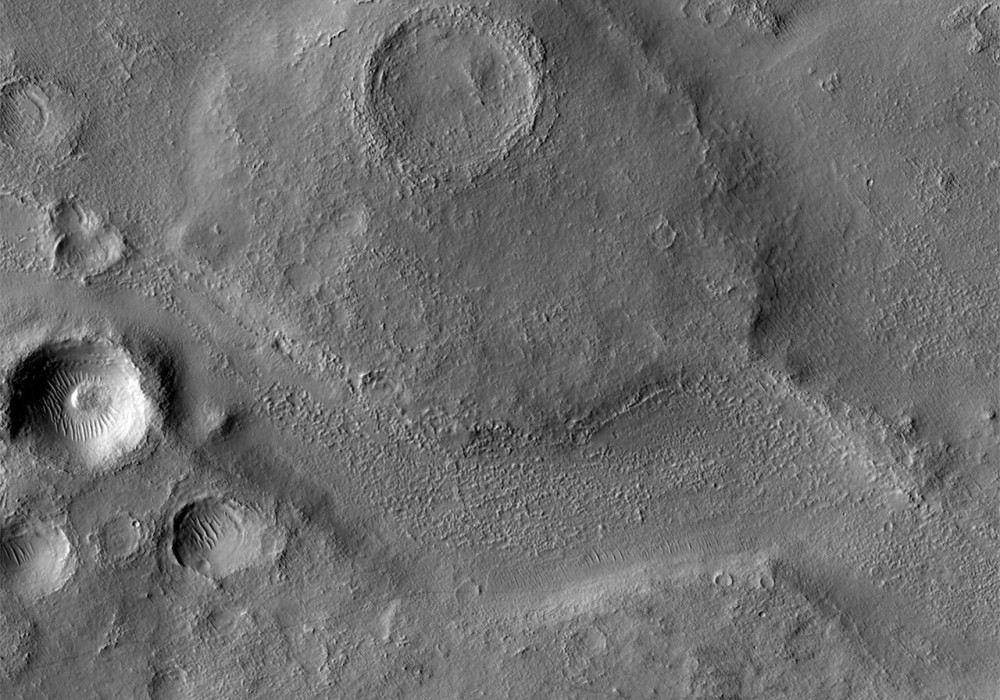