Slope streaks generally begin at a point and widen downslope, but they are affected by the terrain and can be diverted, as shown here , where two slope streaks were diverted around a crater.

This observation shows a very unusual slope streak . Almost from its point of origination, the slope streak splits up into many fingers that appear to wind their way through the terrain, diverting around slight topographic highs. This unusual slope streak was first imaged by the Mars Orbiter Camera in the year 2000 (see the image here ). 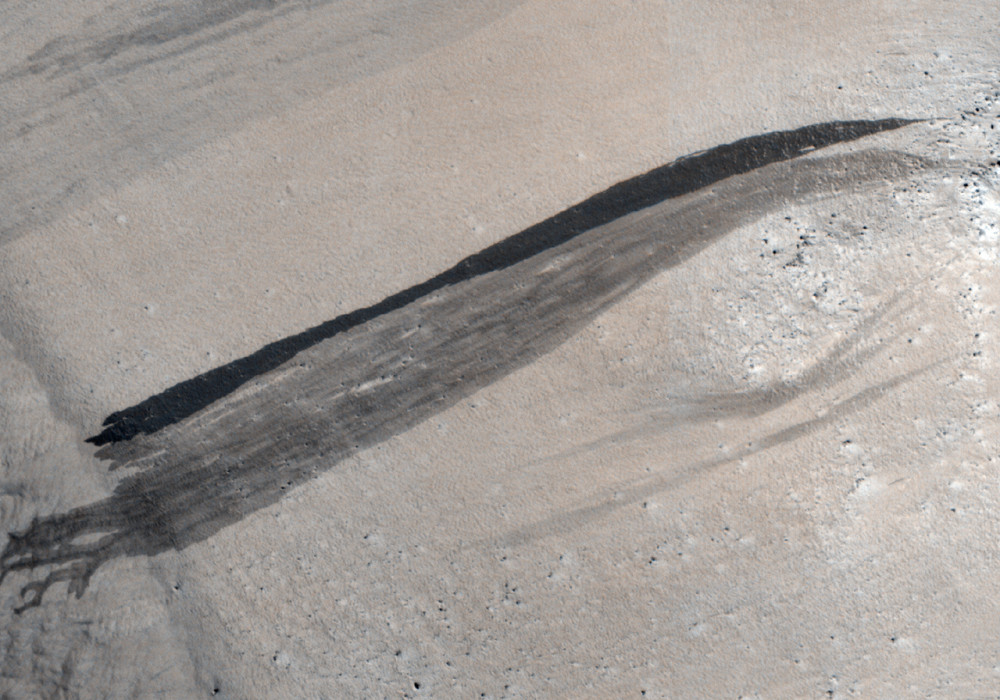