Meanders and Tributaries in Ridge Form in the Zephyria Region

This observation reveals two obvious features . The smaller, narrow ridges oriented vertically are yardangs, which are created by wind erosion; the wind strips away the surrounding terrain, and the ridges remain because they contain more hardened material.

The second feature—the inverted, meandering channel snaking through the image—is caused by similar processes. This was once a river bed that meandered due to changes in topography. As the river flowed, sediments were deposited on its floor, and over time, these sediments became hardened, so when the wind later stripped away the surrounding terrain, the hardened sediments remained, leaving an inverted form. 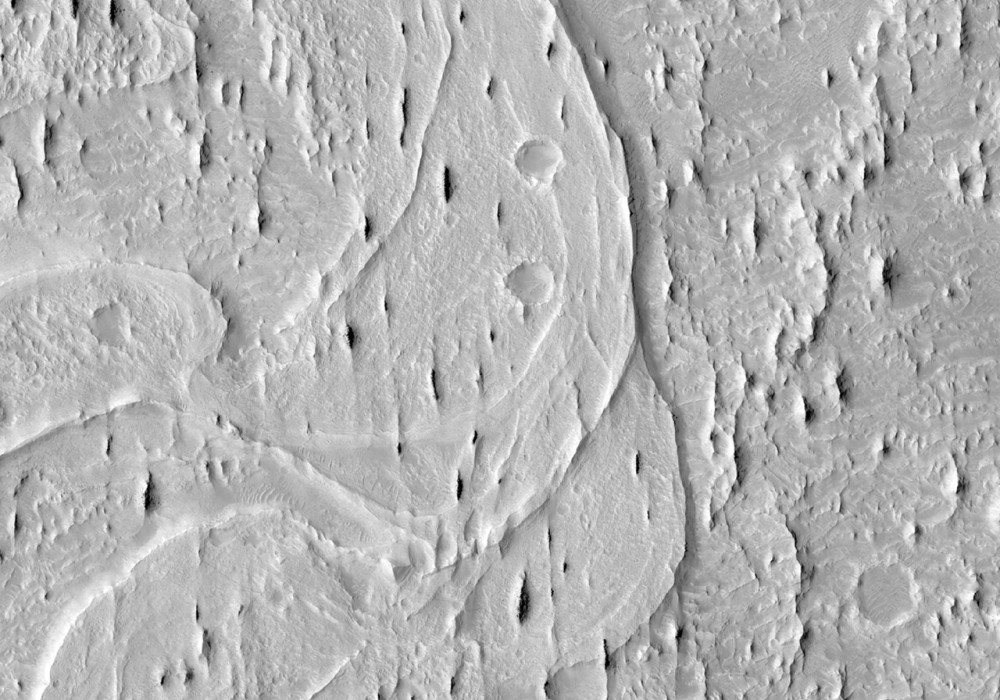