This observation shows a portion of Nanedi Valles, an equatorial Martian valley network.

Valley networks are thought to have formed by groundwater sapping either in conjunction with an ice layer to cover the running water or during a past warmer, wetter climate regime on Mars. Glacial activity has also been proposed to form the valley networks.

Groundwater sapping is the leading theory because of the morphology of the valleys. They commonly have approximately constant width along their reaches, as seen here, as well as theater shaped heads, as seen in the tributary valley in the bottom right of the scene. The meandering nature of valleys suggests persistent or repeated flow as required to form meanders in streams on Earth.

The subimage shows a potential remnant channel seen on the floor of Nanedi Valles just below the center of the image. If this is a remnant channel, it suggests that there was either repeated or waning flows in this valley. Winding dunes and abundant impact craters are found throughout the valley, as well as within this putative channel.

Dunes are thought to be transient features on Mars, although no movement has been detected to date. It is interesting to note that some of the dunes are superposed by craters indicating that the dunes were stable long enough for craters to form and not be erased.

It is possible that the craters on top of the dunes are secondary craters that formed as a product of a larger impact. Secondary craters from a single impact are clustered in space and form almost simultaneously, implying that the dunes were stable for a time period—long enough for a single crater, rather than multiple craters, to form. 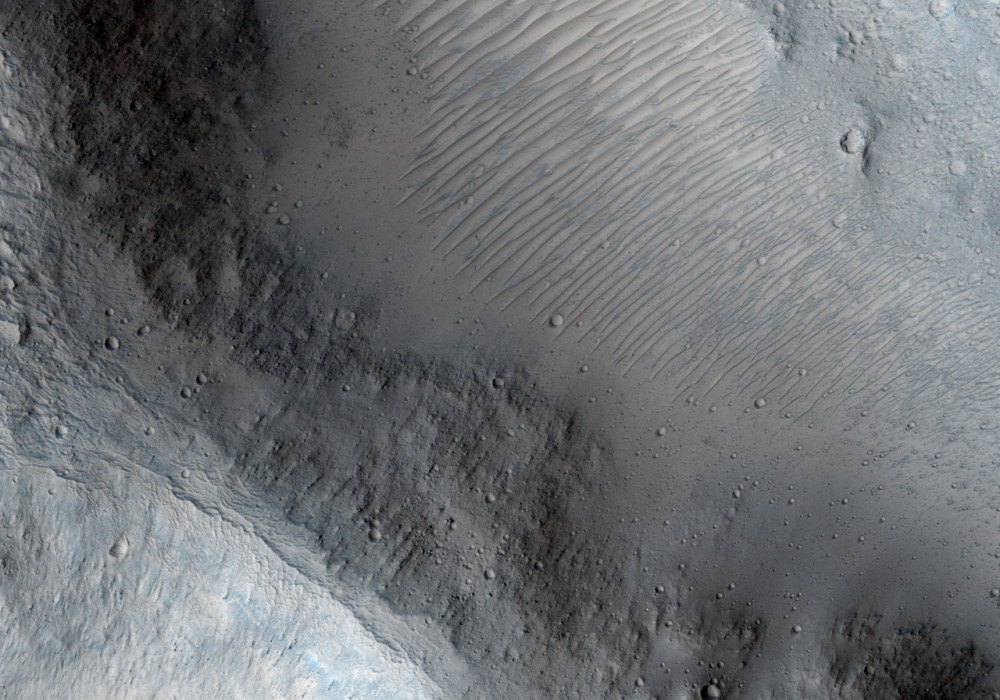