Megabreccia in the Central Uplift of Stokes Crater

Craters this large invariably have a central structural uplift, which form mountain peaks in or near the center of the crater. The Northern plains are largely covered by lavas and sediments, but craters such as Stokes allow us to observe the otherwise buried bedrock, exposed within its central uplift.

The first subimage shows a wide variety of colors and textures in a jumbled, fragmental pattern, i.e. “megabreccia.” In the stereo anaglyph we can see that many of the fragmental blocks “stick out,” indicating that they are more resistant to erosion than the the surrounding finer-grained material between the blocks. There is also an abundance of dark sand dunes and other smaller aeolian (wind-driven) bedforms on top of the area of exposed bedrock.

Megabreccia, consisting of very large fragments of pre-existing bedrock, is created by energetic processes, but especially by impact events on Mars. Although megabreccia deposits can coat central uplifts, it may not have been the Stokes impact that made this megabreccia.

With the aid of high-resolution images, and especially the 3D anaglyphs, we hope to decipher whether the materials observed in the central uplift were formed by the host crater or prior to the formation of that crater. Either way, crater central uplifts can provide windows into the deepest and oldest geologic history of Mars. For example, if there was a very ancient ocean in the Northern lowlands, these rocks could include deposits from that ocean. 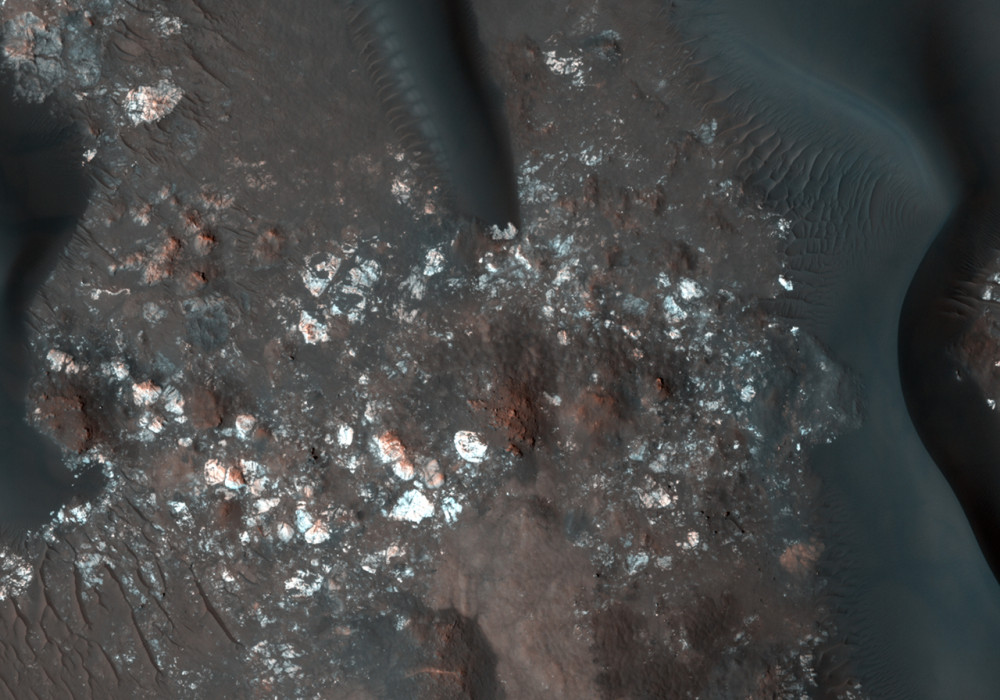