This false color image covers the western half of the central peak of Toro Crater, a 42 kilometer diameter crater in Syrtis Major.

The subimage shows a close-up of one of the features that make Toro Crater a great target for HiRISE images: colorful patches of megabreccia. Breccia is a mixture of chunks of rock (clasts) that have been broken by an energetic geologic event, such as a landslide or crater-forming impact, that are then cemented together in a finer grained material. Megabreccia features very large clasts that are big enough for HiRISE to see on the surface – some even larger than 30 feet across. In this 200 meter (about 1/8 of a mile) diameter exposure of megabreccia, clasts of various colors (indicating different kinds of rocks) and sizes have been exposed in the uplifted central peak of Toro Crater.

Scientists think that megabreccia may have formed early in Mars’ history during a period of frequent impact crater formation. These early rocks were then covered by younger rock layers. HiRISE frequently targets the central peaks of craters, because these features tend to bring up rocks like these megabreccia that are usually buried under the surface.

So far, HiRISE has found megabreccia in more than a hundred places on Mars. In many of these locations, CRISM has identified clays in the material cementing the clasts together, providing yet another motivation for the study of megabreccia. 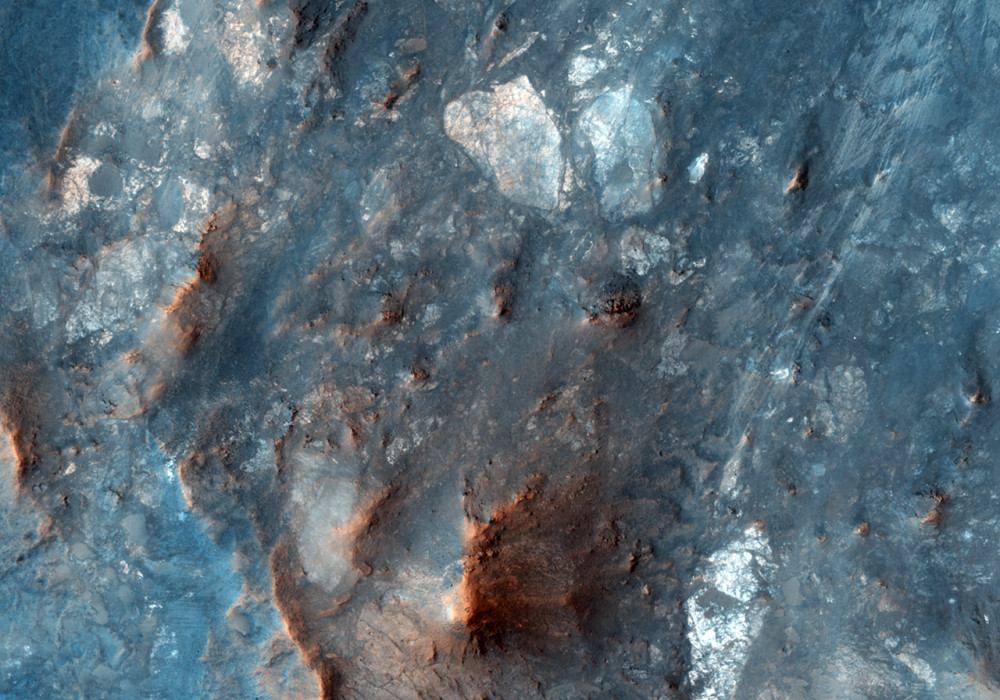