This image lies within the Deuteronilus Mensae region, located on the northern edge of Arabia Terra and borders the high-standing, heavily cratered Southern Hemisphere and the low, relatively uncratered, plains of the Northern Hemisphere of Mars.

Deuteronilus Mensae is characterized by hills and mesas surrounded by broad debris aprons and this HiRISE image shows examples where lobate-shaped debris aprons appear to overlap.

There is zone of ridges that formed in an area where lobate debris aprons merged from different directions. A current hypothesis is that these ridges are expressions of compressional deformation between two lobes acting like a viscous fluid. One possibility, given the high latitude of the occurrence, is that the lobes of debris are ice-rich and flow somewhat like glaciers.

Recent results from the SHAllow RADar ( SHARAD ) instrument, also onboard the Mars Reconnaissance Orbiter, indicate that lobate debris aprons in Deuteronilus Mensae are composed of material dominated by ice (Plaut et al., 2008). This supports the interpretation that these might be potential debris-covered glaciers or rock glaciers.

Some of the detailed textures on the surface of the debris aprons are commonly believed to be the result of ice loss due to sublimation (ice changing into water vapor). On Earth, debris-covered glaciers/rock glaciers typically develop wrinkles and fractures due to stresses in the ice as it flows. Where flows merge, they can buckle and push up ridges producing features similar to those visible here. 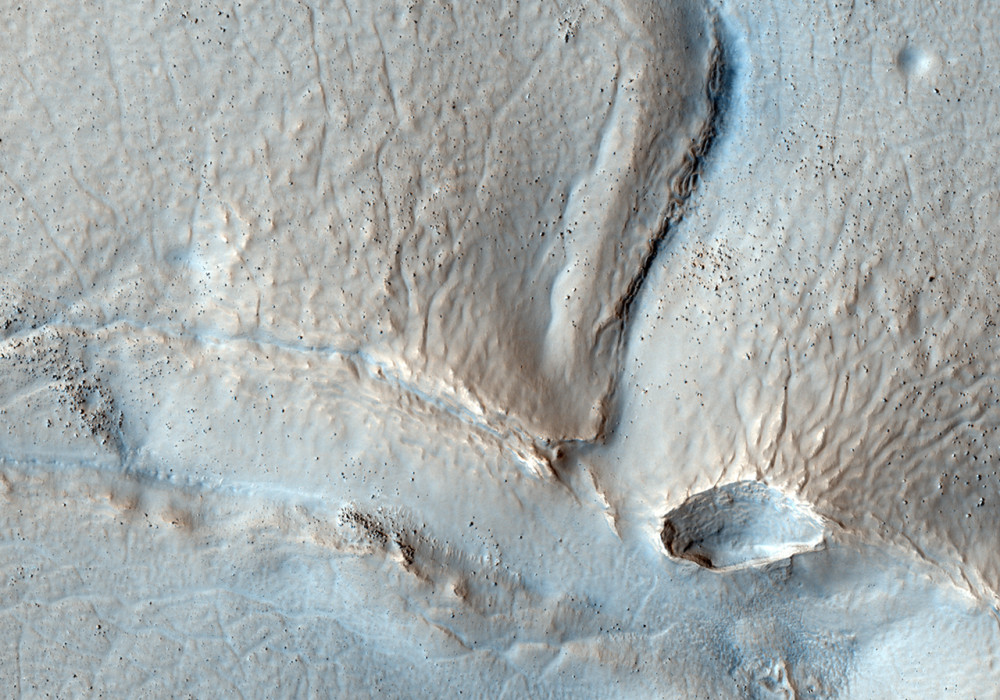