This scene in the Acidalia Planitia contains a variety of features, the most prominent of which are two mesas (hills).

Several craters in the scene have bright material extending outward from their bottom left rims . These are wind streaks that mark the most recent dominant wind direction. The wind blows material out of the craters onto the adjacent plains.

At the bottom of the image are a cluster of craters. These might be secondary craters, which formed when ejecta from one impact hit the surface moving fast enough to create more craters. Secondary craters are identified partly by their occurrence in clumps and similar relative ages because all secondary craters from a single impact form at the same time. 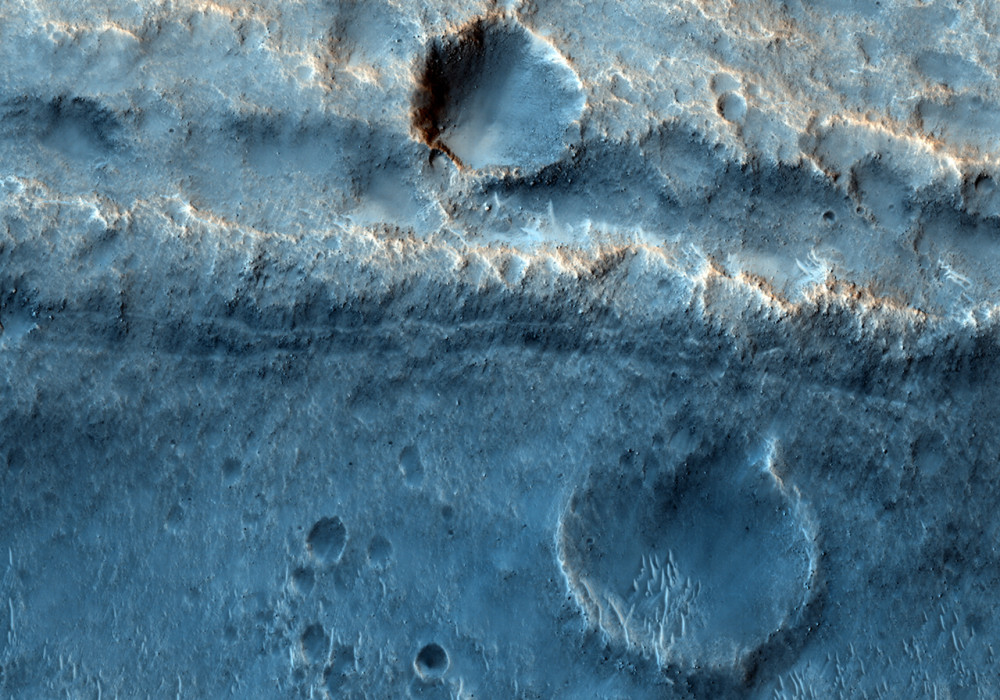