This image reveals the meter-scale surface textures of mesas and knobs in the Aureum Chaos region of Mars.

Aureum Chaos is a wide region of plateaus, mesas, and knobs. Most of the rocks in this area appear to have formed originally as laterally continuous layers through volcanic or sedimentary processes. Loss of groundwater or ground ice could have then caused the ground to collapse, forming the network of deep valleys and isolated hills we see today. Subtle layering of these rocks can be observed along many slope faces jutting out from under a mantle of surface sediments.

Also present along many slopes are dark-toned, discontinuous lineations. These are tracks left behind by boulders that rolled down the slopes. These boulders are often located at the down hill end of the tracks. 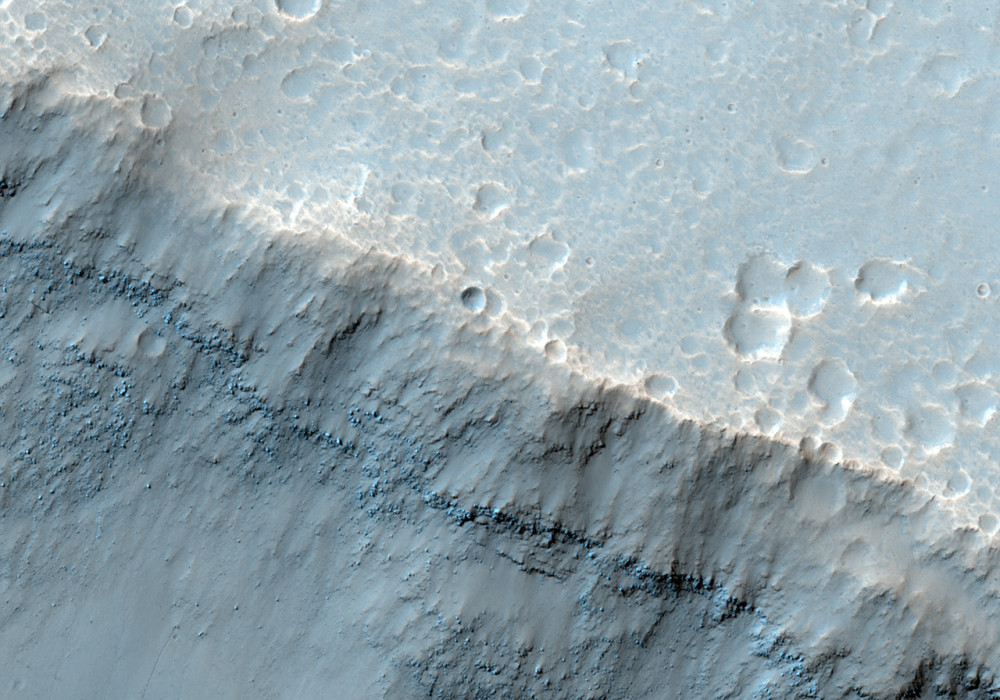